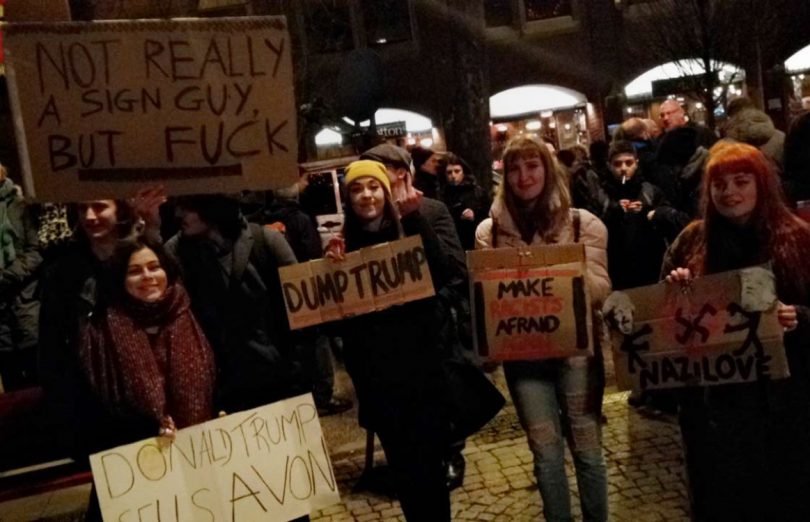 The evening of Monday 30th January saw over seven thousand people from all walks of life gathered in unison in Manchester’s Albert square to protest Trump’s anti-Muslim ban. A friend of mine had asked me earlier in the day if I wished to join her at the event, so with a hatred for Trump and an intense eagerness to actually get out there and stand up for what I believe in, I readily agreed.

The protest was set to start at 6pm, but typically I was running late. By the time I arrived at 6.15pm Albert Square was filling up fast, so we took to a bench and stood bearing our hastily made yet meaningful signs. 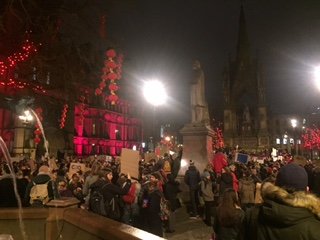 A view of the crowd beginning to gather at Albert Square.

What with this being the first ever protest I had attended, I was bound to be over-excitable. However the atmosphere was honestly exhilarating, and despite it being a protest against Trump’s hateful policies, there were smiles all round.

After an hour of a lot of cheering (against Trump of course) the organiser and speakers announced that we were to march through the streets of Manchester. What began as an evening listening intently soon turned into the thousands of people in attendance walking, signs held high, chanting in unison – we even stopped traffic! 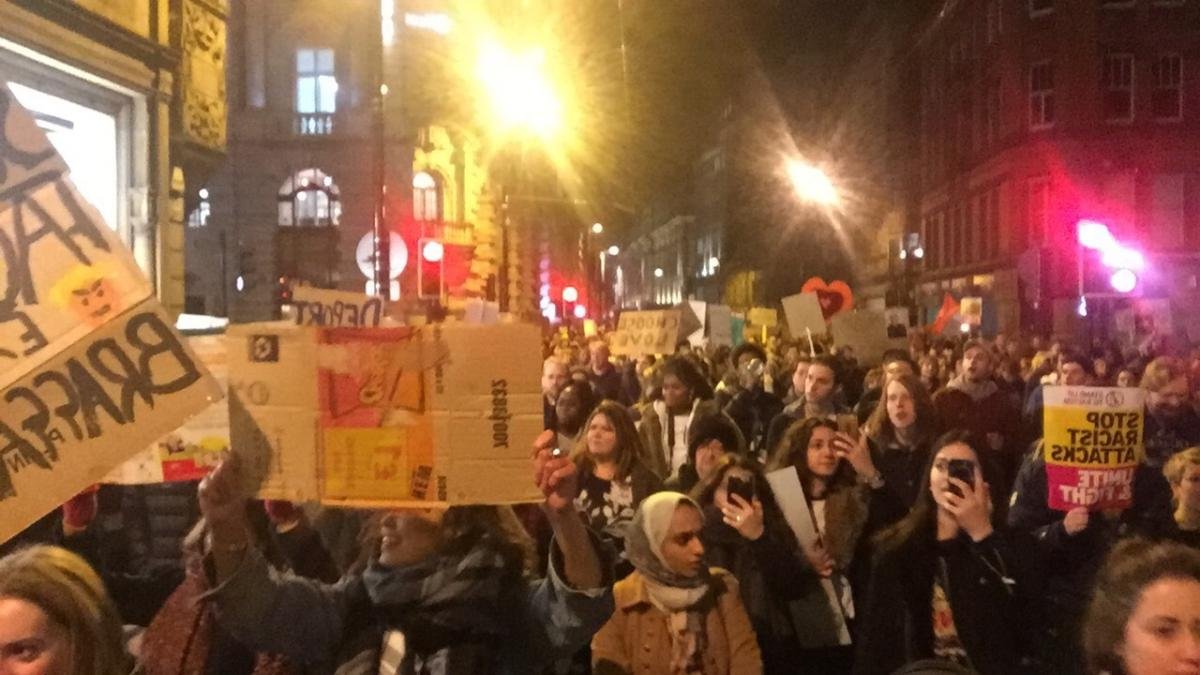 Protesters marched through the streets of Manchester for half an hour before re-congregating in Albert Square just before 8pm. The enthusiasm of the crowd had only grown throughout the march, with chants of “no hate, no fear, refugees are welcome here” louder than they had been all evening. With the majority of the seven thousand people back in the Square, the organisers and speakers expressed their pride with the unity of the people of Manchester, and that we will continue to resist until change happens. 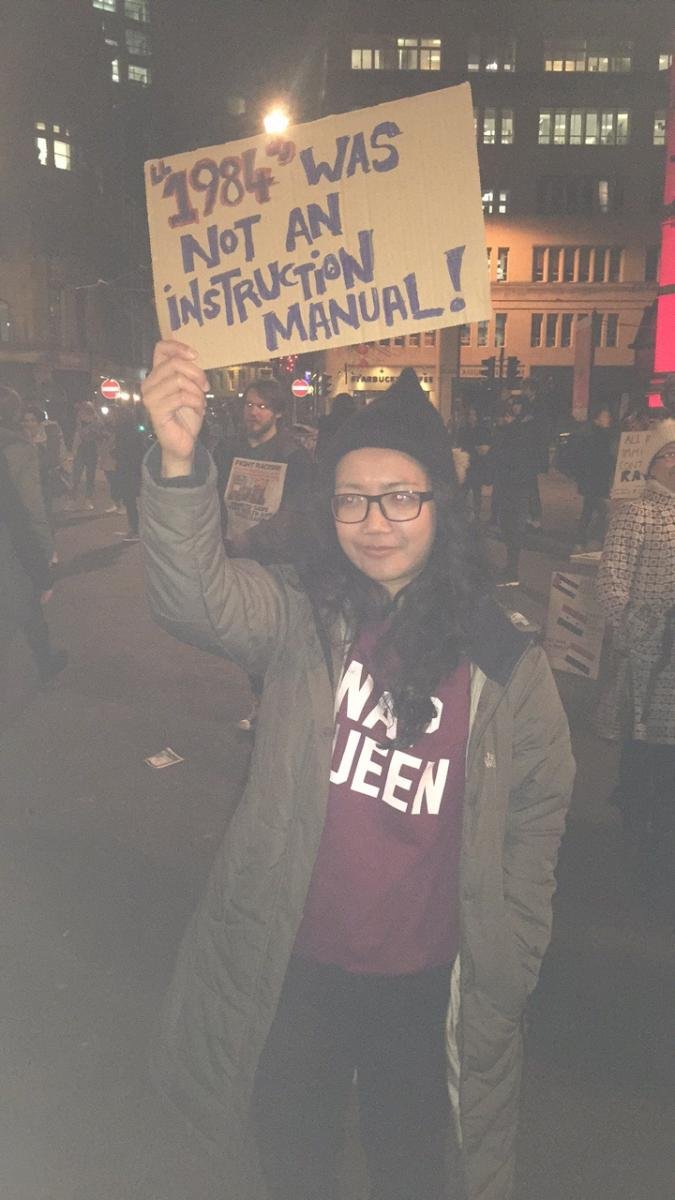 They also announced that a second protest march will be taking place this Saturday 4th February in Albert Square again.

Not only was the protest great in the sense that I felt I’d actually gone out there and done something to attempt to bring about change, but it was also unifying, liberating and emotional. If you’re local to Manchester and can make it to the protest on Saturday, I urge you to do so.