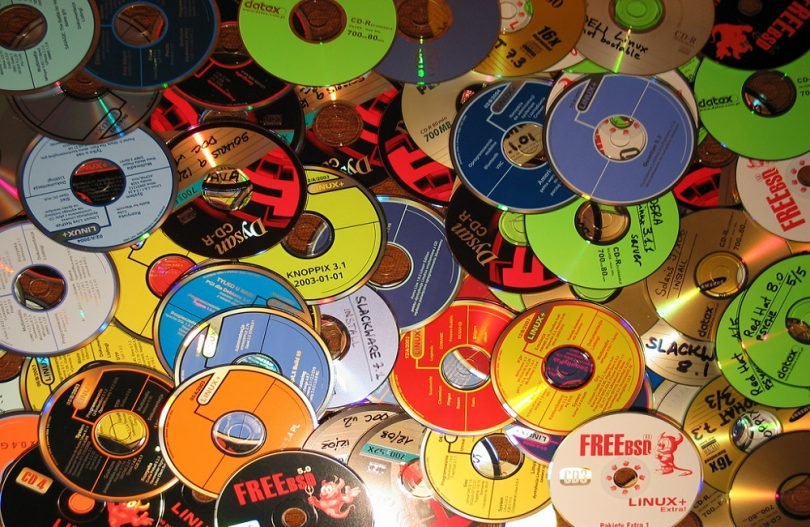 Last year, it was James Bay's Chaos and the Calm which claimed the coveted top spot and became Kettle's album of the year. However, this year, the competition has been even more fierce. For the last few weeks, Kettle writers and readers have been busy voting for their favourites. We've had more albums nominated than ever before (34 in total!) and the battle for first place has been incredibly intense. But now the results are in, so sit back, relax, and find out which ten you chose as your favourite albums of 2016!

First of the albums to make the cut this year is Scottish alt-rock band Biffy Clyro's seventh studio album. Ellipsis was released in July and was generally well-received by critics and fans alike, even earning the seasoned rockers some new fans along the way. We also featured the track 'Wolves of Winter' from the album back in March for New Music Monday.

As one of our respondents said:

"It has a sense of teenage nostalgia".

Pop-rock trio Busted burst back onto the scene in 2016 with brand new single 'Coming Home', followed by a string of tour dates across the country. Night Driver, the band's first album of new material in thirteen years, was released in November. It's official – Busted are back!

8. A Moon Shaped Pool by Radiohead

Weighing in at number 8 this year are Radiohead. A Moon Shaped Pool is the band's ninth studio album, released back in May. Popular among fans, this was one album which certainly didn't disappoint.

As reasoned by one of our respondents:

Simply because Radiohead are the best band ever! Long awaited album, progressive in terms of direction.

The fourth album from grime artist Skepta, Konnichiwa was finally released back in May after numerous delays. Konnichiwa was met with high praise, with Kettle's own Jamie Doherty even predicting it would become 'the' definitive grime album. High praise, indeed!

In June, piano-loving singer-songwriter Tom Odell released his second studio album. Wrong Crowd featured much more of a pop influence than his debut album, but despite this, it seemed to be a resounding success. In particular, lead single 'Magnetised' was a big hit earlier in the year.

Midway through the table is the now-infamous Lemonade by Beyonce. The chart queen made headlines with Lemonade, her sixth album, at the start of the year after her memorable performance at the Super Bowl halftime show and her support for the Black Lives Matter campaign. But despite that, the album itself is a powerful narrative weaving the tale of an incredibly strong woman who refuses to be silenced. Beyonce's best album yet?

As one of our respondents noted:

It's a blinding, visionary work of art.

4. The Colour in Anything by James Blake

Sitting pretty at number four is singer-songwriter James Blake's third album, The Colour in Anything. The album was released back in May and was billed as the follow-up to his 2013 album Overgrown, which won the Mercury Prize. 'I Need a Forest Fire', one of the main singles from the album, was described as "magic" in our New Music Monday feature, so it isn't hard to see that we're all big fans of James Blake here at Kettle!

One of our respondents described the album perfectly:

The Colour in Anything is a poetic and haunting vision of a post-internet world. 'F.O.R.E.V.E.R.' is perhaps one of the most beautiful love songs ever written.

This year's third place goes to the self-titled debut album of Stockport's finest. The indie-pop band saw huge success with Blossoms, making this more than worthy of being the only debut album on this year's shortlist. Blossoms are firmly cementing themselves as the go-to indie-pop band of the moment, and we'd certainly agree that a chance to see them live is certainly not one to pass up in a hurry!

I couldn't have put it better myself.

One I thought was an almost certain winner, The 1975's much-loved sophomore album comes in second place, just missing out on the top spot. Released in February, the album has only gone from strength to strength ever since. It showcases the shift in the band's sound, as they refine their niche and increase their popularity, building on the success of the first album with songs such as 'Love Me', 'Somebody Else' and 'UGH!'.

Our respondents were big fans of the album:

Their move to 80s synth makes their music original in a world full of generic tunes. There is so much energy in the album and I cannot fault it.

It really carries the band in a new direction effortlessly, and really broadcasts their amazing range and talent.

Storming to victory with his twenty-fifth and final studio album, the legend that is David Bowie is this year's Kettle Album of the Year. Released back in January, just before the star sadly passed away, Blackstar is the perfect culmination of an incredible musical life.

It's only fitting that you have chosen Blackstar as your Album of the Year – RIP David Bowie.

Looking through all of these albums, I think one thing we can definitely all agree on is that it's been a great year for new music.

One survey respondent managed to sum up this year's musical offerings in perfect fashion:

I think this year, in particular, had a lot more creativity in music than in a few years past. We saw some old acts like Radiohead come back too, which was nice, but also having such an abundance in pop culture was nice to see, too. Plus, we were making more strides in diversity through people's music tastes from what I could see this year.

Thanks for all your votes and nominations, Kettlers – I'll see you this time next year for another round of voting. Happy New Year!

Do you agree with our top 10? Let us know in the comments below.