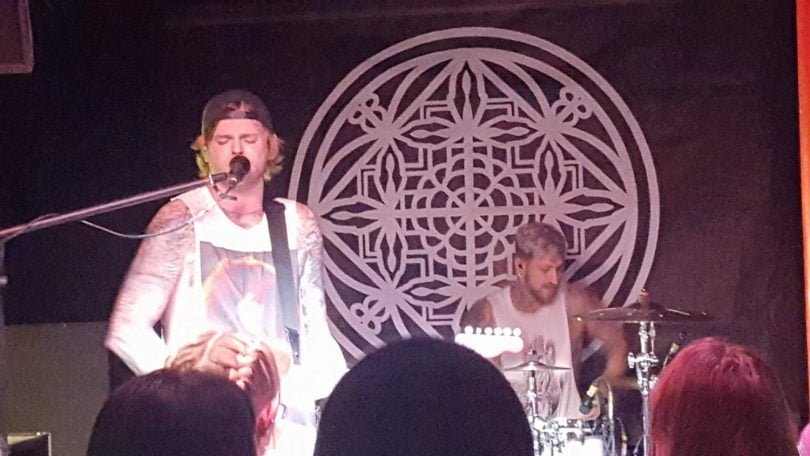 ON WEDNESDAY evening (26th), the Hertfordshire rock outfit took to the stage of the sold-out nightclub to promote their upcoming EP, A R m U R E. Women’s editor Rae Coppola was there for us…

The former My Passion members are in the process of making a name for themselves in the post-hardcore rock scene, with a self-proclaimed army of fans, two support acts and a six-date headline tour.

First to grace the stage were Keighley-based quintet, As Sirens Fall, who set the tone for the rest of the night. Their energy was relentlessly contagious and their sound was a fusion of pop-punk and rock which encapsulated an anthemic feeling. Vocalist Mikey Lord warmed the audience up with his lively frontman routine, but it took some skill for bassist Jason Doveston to follow in his footsteps while creating punchy lines.

They played a number of tracks from their debut EP, The Hospital Party, with, ‘Where You Are’ and ‘Smoke’ being the highlights of their catchy set. However, it was the single ‘From Across the Waves’ that really stood out and had members of the crowd singing along with the lyrics and tapping their feet to the rhythm. 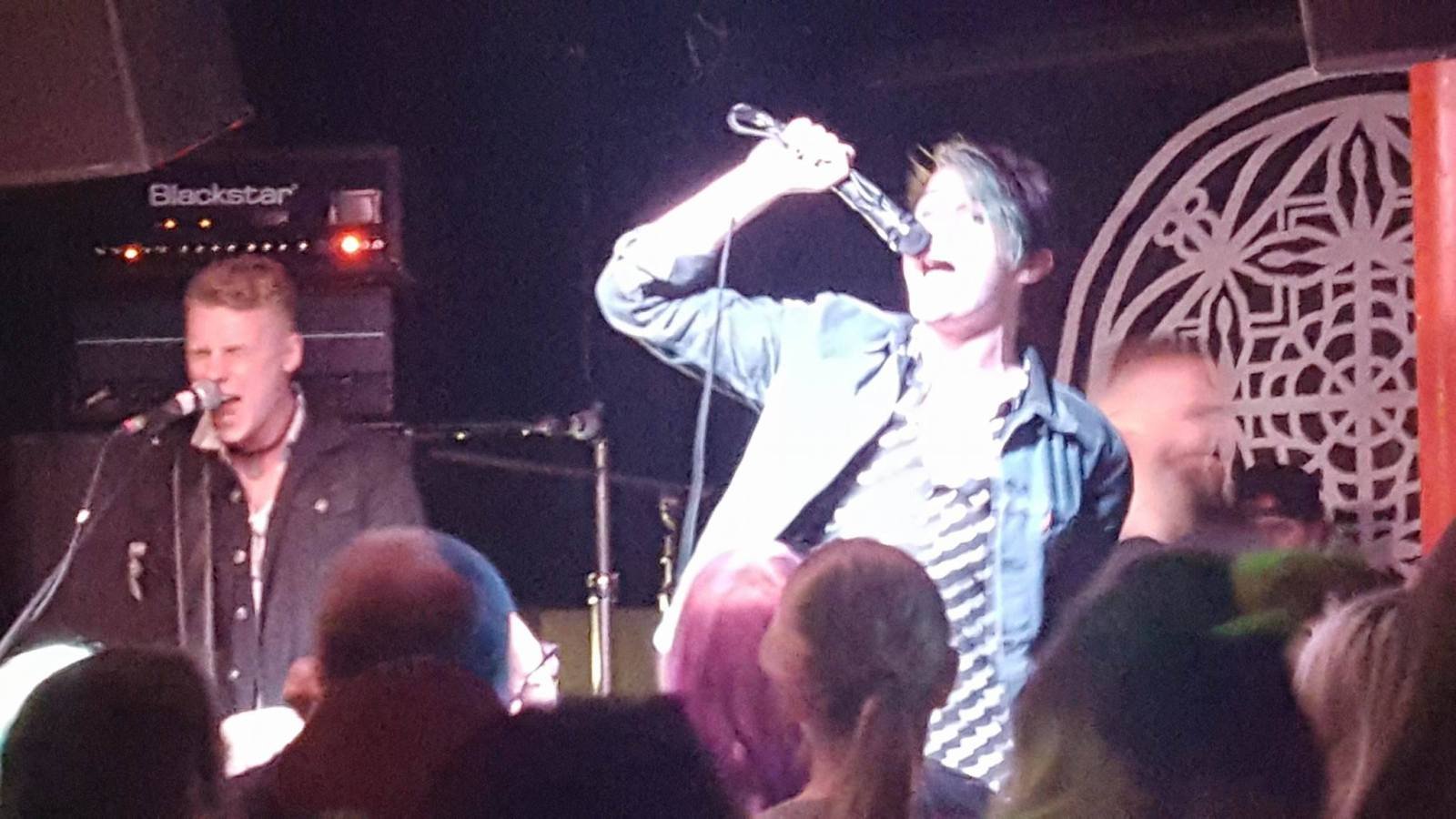 However, if people thought that the bands could not get any more energetic, they were wrong. Next up were the main support band, Ashestoangels, and a photographer would have had a great deal of trouble trying to get a shot of any members of the six-piece.

Their gothic style was endearing but did not take away from their music as the Bristolian rockers turned up the heat and forcefully powered through their set, without as much as an introduction until the third song. Frontman Adam Crilly even modestly asked the audience to give it up for the previous band and the headliners before giving the title of their next song and continuing to play.

They slowed the set down with ‘Something to Believe,’ which combined melodic vocals and softer guitar work, before doing the complete opposite with track ‘Six Six Six.’ Their performance was solid, even if Crilly’s vocals had to be supported on one track by As Sirens Fall’s Mikey Lord.

Finally, it was time for the headline act, Fort Hope.

Brand new single, ‘Say No,’ was first up. It gave the audience a glimpse of what was in store with their upcoming EP and their reaction proved that it is sure to be a hit record. The track combines Jon Gaskin’s versatile vocals with heavy guitar riffs. His voice effortlessly switches from tender high notes during the verses to screams as the chorus kicks in after Jamie Nicholls’ bass drum pedal countdown. It highlighted his capability and separated the trio from every other generic rock band.

They threw in a couple of other new and unknown songs to tease the gig-goers, before performing crowd favourite ‘Skies.’ The track depicts a battle and the quest for victory, with the crescendo of the instrumentals perfectly portraying the inner struggle. It was easy to sing along to the repetitive “Come on[‘s]” and “Woah[‘s].”

The band give off a confident vibe which suggests they will soon be following in the footsteps of similar sounding bands like You Me at Six and Young Guns, but ultimately, the band fell short on the interactive side of things, especially when compared to their support acts. To improve for the future, this is something that most definitely needs to be worked on.

However, it was a clever move to end the show with ‘Plans,’ as this meant that the audience had to stick around to hear their old, System of a Down-esque favourite. They finished on a high, and although they were considerably less charismatic than their predecessors, they made up for it with sheer talent and a familiar, impressive sound.

@FortHopeMusic Manchester was one of the best gigs I've been to loved meeting you guys …see you on the waterpark tour 😉 pic.twitter.com/4JcpLhA1xi

Have you seen any of these acts live before? Let us know what you made of them in the comments below!