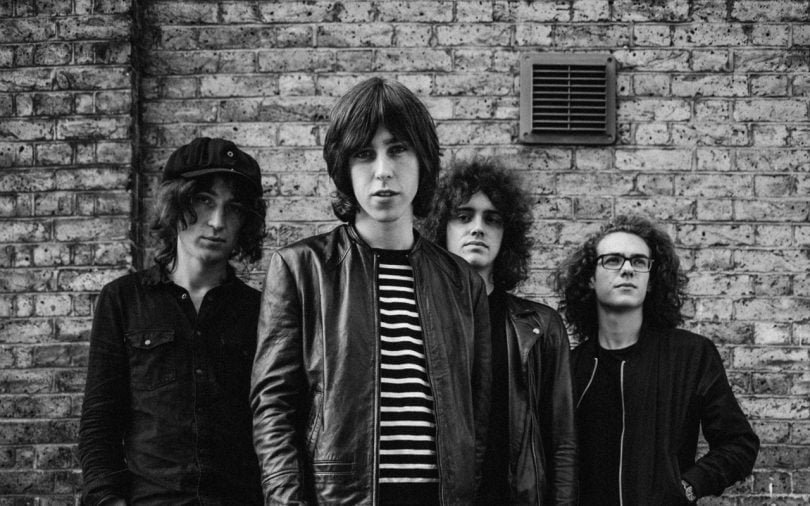 Written by Harry Parkhill
The wonderfully named Catfish and The Bottlemen are one of those rare kind of bands which straddles the incomprehensible mess of indie music and mainstream rock.
The wonderfully named Catfish and The Bottlemen are one of those rare kind of bands which straddles the incomprehensible mess of indie music and mainstream rock. If I knew the difference between the two genres then I'd be a very successful music journalist – unfortunately I do not, so am not.
I do, on the other hand, know a good band when I hear one. Catfish and the Bottlemen are undoubtedly that.
The debut album The Balcony from the Welsh youngsters is certainly an accomplished piece, it varies from the decidedly alternative rock of “Kathleen” with its throbbing, thumping chorus which would fit in any modern rock four-piece's lighter fare (it is certainly not as heavy as Royal Blood, Mallory Knox or Don Broco's riffs but will make for plenty of jumping in a live venue) to the more ‘mainstream’ (Oh how I hate that word) guitar music of “Fallout” and “Pacifier.”
The fact that the band is willing to explore interesting and intricate rhythms and have a drummer who clearly has a feel for something other than simple time keeping makes them not dissimilar to The Arctic Monkeys.
Perhaps they're a little less abrasive than the Sheffield lads' early days but they certainly know how to put together a smart indie song which has a great hook and more than just chugging guitar chords underneath sparky vocals. Think Feeder but with less cynically poppy verses.
Not just another indie band
The most surprising thing about them though is that they aren't "just another" indie band, they have an impressive depth of genre influence. The fact that their music has so many layers is pretty much unique in most modern indie bands.
It can't be denied that The Killers, say, know how to put together a fantastic pop song (Mr Brightside is obviously one of the best ever) but it's hard to genuinely admire a band like that for their musicianship.
Despite being only a debut album, The Balcony has ambition which certainly hints that the band aren't just in it to make a few hit records. The most obvious comparison would be someone like Biffy Clyro, despite being very different styles, the Scottish and Welsh bands have a lot in common.
Not only have they both had grassroots beginnings with a slowly growing fan base, but they have, even in their earliest work, had hints of genius which undoubtedly will lead somewhere.
Catfish and the Bottlemen could feasibly set their sights on the path followed by Biffy. If singles “Kathleen” and “Cocoon” and some of their album tracks are something to go by then I can't see why they won't get there.
The next big thing
Signing with record label Communion (who worked with acoustic star Ben Howard) and supporting likeminded indie band The 1975 on a tour has certainly done these chaps good.
Catfish and The Bottlemen have recently announced details for an April 1st 2015 show at London 02 Shepherd’s Bush Empire. This follows their sellout headline tour in November, including a date at London’s Koko.
They can deliver something not only inherently catchy but also with a subtle element of style which elevates them above the crowd. Are they the next big thing? I certainly wouldn't be surprised.
What's your favourite track from the debut album? Let us know in the comments below!