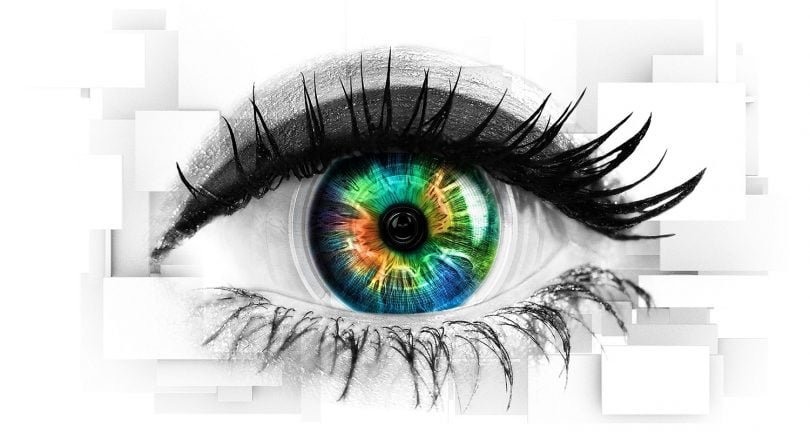 The era-defining reality TV show is rumoured to be coming to an end, and has a history as colourful as its ever-changing logo…

With franchises in over 54 countries, there is no denying that reality game show Big Brother holds the monopoly on 21st Century entertainment.

The ultimate social experiment began in the Netherlands in 1999 before stretching to all corners of the globe. The original Dutch version, created by media tycoon John de Mol, ran for just six series before coming to an end in 2006. It would seem that the people of one of the happiest nations in the world are not so happy when living in a televised goldfish bowl for entertainment. Who knew?

In the early days of Ofcom, Big Brother was undoubtedly more controversial than it has been in recent years. Channel 4 – the bolshie, boisterous and unafraid host of many an unapologetic topic – aired one of the most shocking episodes of Big Brother back in 2004. Big Brother 5 will forever be infamous for the explosive arguments that broke out on Day 20. Immortalised in pop culture as Fight Night, the food-throwing and physical altercations that occurred within the house were enough to warrant police intervention. Since that fateful night fourteen years ago, there has certainly been tighter reins held on the housemates to curb any extreme behaviour.

Parallels have been drawn between Big Brother and frightening psychological studies, such as the 1971 Stanford Prison Experiment – in which participants were placed in a jail and split into two groups of prisoners and guards. Its aim was to investigate the effects of perceived power, and it is easy to see the link between the study and the reality show it manifests in. The very currency of Big Brother is power. With a guaranteed walkout almost every series, the true effects of such an intense environment are clear to see. The Orwellian dystopia is recreated every year and a group of individuals are placed under constant surveillance by the all-seeing Big Brother. As if having your life controlled in a custom-made house day-in, day-out was not testing enough, there is also the obstacle of nominations and evictions to tackle. Big Brother is, above all, a popularity contest. Housemates are placed on the world stage to be judged on everything they say and do, and even what they fail to say and do.

Like most reality TV shows, Big Brother has proven its ability to create careers out of very little. If applicants have what it takes (confidence, charisma, and a dazzling smile) they climb the shiny silver chrome stairs as virtual unknowns and emerge to roaring applause and new-found cult status in the Big Brother hall of fame.

Alas, Big Brother is nothing if not a double-edged sword. As easily as it can launch a celebrity profile for an ordinary citizen, it can sink the careers of already well-established famous faces with a few misguided comments.

Celebrity Big Brother is often a conflicting concept. It first aired in 2001 shortly after the civilian series began in the UK. The spin-off annually attracts much criticism for everything from the less-than-famous contestants to instances of bullying and harassment. Placing 12 opinionated, fame-hungry and media-trained celebrities into a pressure cooker of a house and taking away the luxuries they have come to expect and demand makes for great entertainment. Yet it can also leave a sour taste in the mouths of viewers who watch their favourite actors, musicians and sportspeople decimate their own careers in front of them. It was a refreshing change, then, when Celebrity Big Brother 2018 provided some real lessons among the usual controversy.

The winter series of Celebrity Big Brother this year saw a female-only house for the first few days to commemorate 100 years since some women were granted the right to vote. The line-up was the show’s most diverse to date: openly transgender, gay and lesbian housemates represented more of the LGBT community than ever before. With so many culture differences between the celebrities, the debates were louder, more frequent and touched upon topics that were previously untouched on the show by even the most abrasive housemates. One shining star in the latest series was Courtney Act, the Australian drag queen who rose to fame as an alumnus of drag trailblazer RuPaul Charles. Courtney, real name Shane Jenek, respectfully and graciously educated her fellow housemates – and the nation – on the complex concepts of gender. If Big Brother’s fate is sealed, it is fitting that the 2018 celebrity series went some way to redeem the less than savoury moments over the past seventeen years, such as Kim Woodburn’s meltdown, and George Galloway’s feline impression *shudder*.

The appeal of Big Brother as a form of entertainment lies in its simplicity. The format is unique enough to keep us watching every year, but has those mainstay features which make it so familiar. That balmy millennium summer brought with it a new, fast paced TV show that would change pop culture forever. Around 4.5m of us tuned in to watch a group of subjects navigate life in a camera-filled house. Long after the format stopped surprising us, Big Brother remained an exciting conversation starter. As social creatures, we love nothing more than analysing our fellow humans – friends, colleagues, celebrities, reality TV contestants…

Admittedly, after a few series the show stopped being about observing behaviour and instead became the catalyst that made us think about the concept of achieving instant celebrity status. The show’s scarce entry requirements saw applicants clambering to cash in their fifteen minutes of fame, to varying degrees of success.

The Big Brother franchise has certainly had its nightmarish moments, but its ability to entertain with such a simple format is unparalleled. After eighteen years, two channels and countless hosts, the future of the show is in jeopardy after suffering plummeting ratings. Surely it’s not time for this cultural institution to be sent to Room 101 just yet…