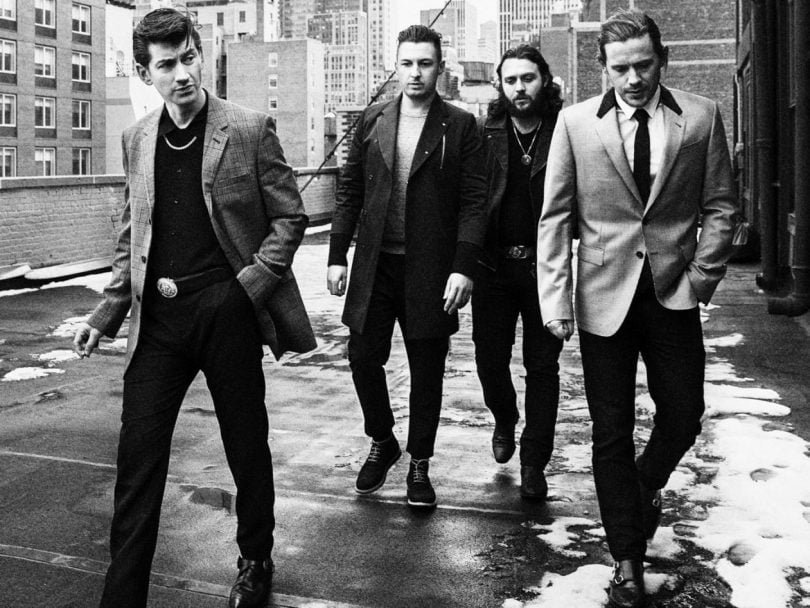 It’s a love affair that has spanned more than a decade. A whole adolescence of indie rock and roll. The Arctic Monkeys are rumoured to have a new album being prepared. Ever since I first heard the bard of Sheffield, Alex Turner, croakily announce ‘don’t believe the hype’ back in late 2005, the band have been one of my all-time favourites and I’ve happily devoured every single thing they’ve ever recorded.

What can we expect from their next album (whenever it decides to drop)?

First of all, there will be a new direction. On every album since their debut, the band have incorporated new styles and influences into their music culminating in the heavy, riff-tastic taste of AM, their most recent album from four years ago.

Also, Alex Turner has been out and about recording his flamboyant rock with his side-project, The Last Shadow Puppets, which took a dramatic shift from their initial Beatles-esque tunes and harmonies into a more laid-back, guitar in the desert kind of music. This is key in wondering whether this experience will influence the latest Monkeys album.

The band have just been at the forefront of the key moments in my life. I was just starting secondary school when they burst onto the scene with Sheffield gobs blazing; haircuts and tracksuits just like me and my mates. They were there again as I left school, into the uncertain future of unemployment, factory fodder and rejection. Turner's lyrics nursed me through break-ups, relegations, dole queues and dark times. Arctic Monkeys were still on my mind when I started university, easing me into my course and my work with a calming Yorkshire zen. The 'love affair' I spoke of has been almost as long as my addiction to Grimsby Town FC and Dr Pepper. To me, they are really THAT good.

I finally saw them live at Finsbury Park in 2014, days after finishing my A-Level exams.

They really have been in the background throughout my teenage and early adult years and that is what makes music so special. It can bring you up, knock you down, make you feel terrible and then cheer you up all in one lilting verse.

Matt Helders, the drummer, has been strengthening his position in the world of hip hop and his rhythmic rattling will surely be showcased again. The finest drummer of his generation now counts Jay Z and Puff Daddy amongst his casual acquaintances and for a group of lads from Sheffield that formed a band on the back of their love of old-school hip hop, this is a major play.

I seem to be in the minority of fans who equally adores Suck It And See and the bands platinum-selling phenomenon debut Whatever People Say I Am, That’s What I’m Not. The albums, five years apart, are both full of beautiful imagery and melodic masterpieces that are both catchy and scratchy.

The latest album, whenever it may be, might just fall perfectly into the middle of those. The first album was an introduction to a tour-de-force lyricist and the unique sound of the band, as they progressed through the Humbug era they entered into psychedelia and eventual rock God status (playing the Olympics and headlining Glastonbury).

So, will it be the sweet anthems of 2011 or the quiffed-up, beefed-up riffing of 2013? I would reckon that, in typical Monkeys style, it’ll be something completely different to all of that as the biggest band in the world prepare to come back into the fold.