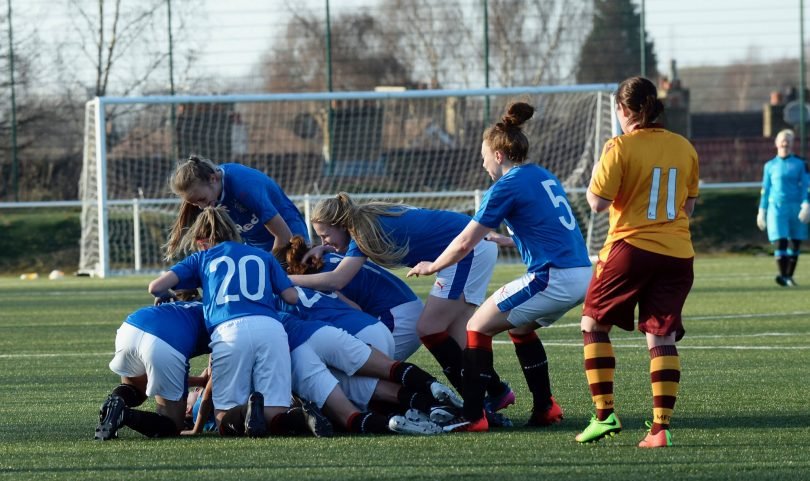 To mark the start of the women’s season in Scotland there was a big change, Rangers marked their investment in progressing their female representation in Scotland by changing their name to Rangers WFC. Adding to that on 19th June current head coach Amy McDonald was chosen for the role of Women’s and Girls’ Academy Manager.

Her appointment is a clear sign of intent from Rangers. Expanding McDonald’s role at the club, and essentially bringing her in to take charge of their women’s programme full-time, shows a commitment to investing in the women’s game on a wider scale.

As part of this process Business Development Executive Jennifer Fisher-King has been brought in to deal with the day to day running of the academy. When speaking to RangersTV she said:

“We need to understand what we need to improve, from a player and parent perspective. “Then we will implement a more professional standard, that will come probably in August and we will have higher expectations of players and coaches.”

Success won’t come overnight; the development process for any young player is long and full of obstacles, considering the success stories at city, including having a Glasgow City team at a Scottish Cup final in each group, were achieved over a near 5 year period we have now seen the likes of Murron Cunningham and Brogan Hay progress to achieving regular first team selection at their respective clubs, following their initial foundations being established at the youth ranks at City.

The current youth academy at Rangers was hardly a minority, current established age groups across the board offering competitive and often successful seasons. Present players performing at the highest level and a select few performing for their country, McDonald has made it clear that her aim is to lay additional foundations for the future of the club, and to help implement a structure that will streamline the path for players in the youth teams to make the step up to the ever improving first team.

Overall the changes made can only mean good things for RWFC and for womens football in Scotland, with more and more bold decisions being made breaking barriers, we have seen an ever improving standard and other clubs following suit in terms of making their own improvements its only a matter of time before Rangers with enjoy the fruits of their labour.