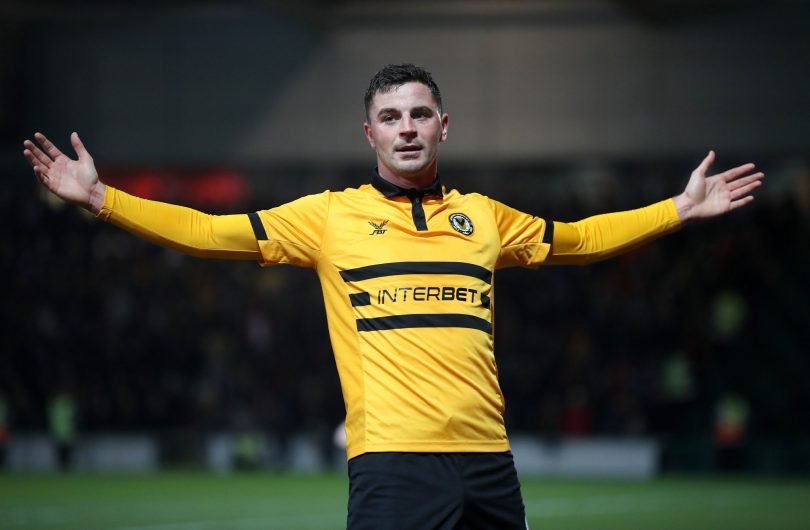 The five matches I’ve selected this week feature two of the stand-out games in the fifth round of the FA Cup. Whilst overseas we have important games at the top of Serie B, Liga NOS and a match in the Bundesliga featuring two teams at either end of the table.

A huge game in the race for promotion in Italy’s second tier as 2nd host 1st. A Friday night game to whet the appetite as the two best teams in Serie B lock horns in a match-up that will have significant implications on who finishes top come May. Palermo are not in great form going into this tie, having only won four of their last ten league matches. Their home record is far from desirable, with the Rosanero only winning five times at the Stadio Renzo Barbera this season. This will encourage the visitors, who themselves are in fantastic form having not lost in any of their last ten league games (7 wins, 3 draws). Furthermore, Brescia won the reverse fixture earlier in the year 2-1 so will feel like they have the advantage going into this one. Brescia, who have a one point advantage over their hosts at the top of the table, are looking to play their football in Serie A for the first time in nine years. Palermo on the other hand are trying to bounce back at the first time of asking after being relegated from the Italian first division last season.

You cannot get more ‘David v Goliath’. Newport County from South Wales, who play their football in League 2 taking on the giants that are Manchester City with all of their billions. Everything points towards an away win, easy as you like, City move onto the quarter finals. However, this is the FA Cup. This tournament has magic in it, it created ‘giant-killings’. This fixture is set up so nicely to become one of the biggest cupsets in history and with replays being scrapped from this round onwards this game will be decided on the night. In terms of form Manchester City are flying; after shock back-to-back defeats in December the Sky Blues have seven wins in their last eight league games which has led them to the top of the Premier League table. Sergio Aguero is in scintillating form too having scored hat-tricks in back-to-back games against Arsenal and Chelsea. If Aguero doesn’t start then Newport will have to deal with Gabriel Jesus, who has bagged eight goals since the turn of the year. The Welsh club have hit a slump in the league, having only won twice in their last eleven games. Their home form is credible however, they have won nine of the sixteen games played out on home soil. A good omen perhaps going into this seemingly impossible task. With so many Premier League teams going out of the FA Cup in the early rounds it does leave a chance for one of the smaller clubs to write history, can Newport County be the team to cause another upset?

The top of the Liga NOS table is really starting to heat up. As we enter matchday 22 just two points separate Porto in first and Braga in third. If Braga want to stay in that title race than they will have to overcome a challenging game on Sunday against a Sporting Lisbon team who are behind them in fourth. Granted Sporting are seven points adrift of their visitors, however they will be wanting to keep hold of the Europa League spot they are currently in.  Furthermore Lisbon have the second best home record in the league this season (behind Braga) so if the visitors were to leave the José Alvalade Stadium with all three points it would be well earned. On the other hand, if Sporting Lisbon were to come out of this game with a win that could reignite their title hopes, with twelve games still left to be played after this weekend. Braga have bragging rights having won the reverse match between the two, however Lisbon did knock out Braga on penalties in the Taça De Liga just three weeks ago. Who will win round three between two of Portugal’s most historic teams?

Borussia Dortmund are entering a crucial part of their season. After a fantastic first half, the Black and Yellows found themselves top of the Bundesliga (and with a healthy gap to second place). Since the winter break however things haven’t gone completely to plan and now all of Dortmund’s hard work is at risk of being for nothing. They still have a five point gap over Bayern Munich in second but they have drawn their last two games, including giving up a three goal lead against Hoffenheim. The leaders also lost 3-0 in midweek to Tottenham in the Champions League last 16, and now face and uphill battle to stay in the competition. For Nürnberg a completely different challenge lies ahead of them; survival. After collecting just 12 points in their opening 21 league games they now find themselves dead last and six points from safety. Without a win since 29th September, it’s not looking promising for the nations second-most successful club. Michael Köllner’s side do have time on their side, and with 12 league games after this one, survival is still possible. With Hannover 96, VfB Stuttgart and Augsburg all struggling as well this season it really is anyone’s guess who will go down. It will be interesting to see how Dortmund react to that Champions League defeat and whether it will derail their league campaign too. Can Nürnberg add to Dortmund’s misery whilst also kickstarting their campaign?

A reboot of last season’s final. That game at Wembley Stadium back in May was a cagey affair, with Chelsea nicking it 1-0 thanks to an Eden Hazard penalty. Now the eight-times winners face another of England’s giants; Manchester United. Now managed by former player Ole Gunnar Solskjær, United have found a resurgence and have won eight of their nine league games under the Norwegian to climb into the top 4 of the Premier League. The FA Cup is a trophy that the Red Devil’s are familiar with, having won it a record 12 times. Could an FA Cup triumph, coupled with a top 4 finish, be enough for Solskjær to keep the job permanently at Old Trafford? Perhaps. If they do win it they certainly would’ve earned it having beaten Arsenal away in the last round and now facing Chelsea at Stamford Bridge. The Blues’ boss Maurizio Sarri is under scrutiny after a couple of questionable results in the league which have seen Chelsea become one of those teams overtaken by Man United. A cup triumph might be needed for Sarri to keep his job. Regardless, this game promises to be a must-watch. A great way to round off the weekend’s football.