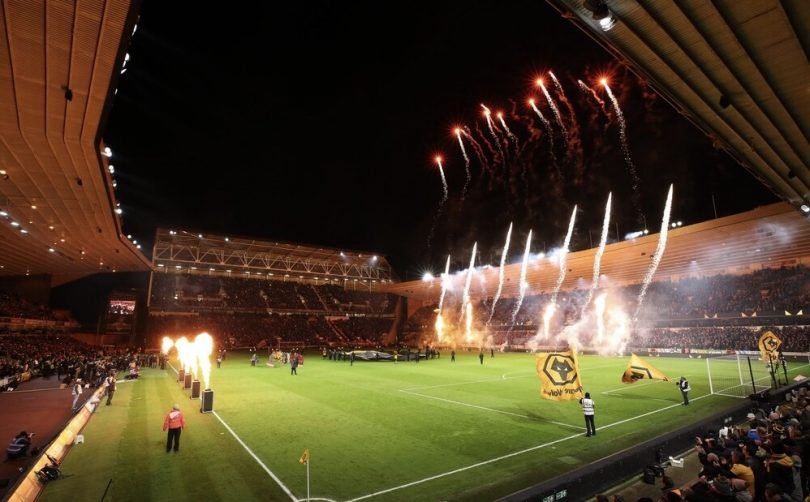 There may not have been many Premier League games to watch over the weekend due to the winter break, but football is well and truly back with the return of both the Champions League and the Europa League. After two months out, midweek European football returns with nine British teams representing the UK across the two competitions. Here are five key ties I think you need to look out for in the Europa League!

The surprise package In La Liga this season Getafe take on Dutch giants Ajax in what looks to be a mouth-watering last 32 tie. The Spanish side are more than holding their own in their domestic league, where they sit third, occupying the ‘best of the rest’ spot behind Real Madrid and Barcelona. José Bordalás’ men have only finished in the top four once in the last 15 seasons but since their return from the winter break have won four of their six league games (only losing against the two teams above them in the league) whilst also keeping four clean sheets in that time to really spearhead a top four challenge. Their opponents on the other hand are seasoned European campaigners and have never failed to finish in a European spot. The 34-times Eredivisie winners were just seconds away from reaching the Champions League final last season, but for a 90+6 minute knock-out blow from opponents Tottenham. Ajax were top of their group this season going into the last round of fixtures but a shock home defeat to Valencia saw them drop from first to third and, subsequently, down into the Europa League. In the league they are top, with a six point gap, but aren’t dominating like they normally do. The Dutch side have lost three of their last seven league encounters, which suggests there is a hint of vulnerability that is not usually in this Ajax squad. This will be the first time these two have ever met in any competition, so history will be made.

Our second tie features another team plying its trade in the Eredivisie as AZ Alkmaar face Austrian side LASK. AZ are enjoying one of their best seasons in over a decade as they sit in second place in the Dutch league, just six points behind leaders Ajax. With just a third of the season left they are well on course to finish in a Champions League place, something they haven’t done since the 2008/09 campaign when they won the league. Their opponents are enjoying some domestic success of their own this season as LASK sit top of the Austrian Bundesliga with just three games to go. Now, LASK will still need to be successful in the post-season play-offs if they want to earn their first top flight title in over 50 years but they could hardly be in better form. They have won nine of their last 11 league games including a 3-2 win at Salzburg to overtake them at the top of the league and end their unbeaten season so far. On top of this, LASK won their Europa League group, which included European giants Sporting Lisbon and PSV, taking 13 points from a possible 18 available. They also had the joint third best defense in the entire group stage. AZ will feel confident they can breach LASK’s resilient defense though as they scored 15 goals (the joint-highest in the group stage) in their six games whilst also possessing a striker in Myron Boadu, who has scored four goals and assisted two in just five group games. This promises to be an intriguing couple of games.

We move onto one of the match-up’s that I am most excited about, one that I believe will feature bags of goals as well as plenty drama, Bayer Leverkusen v FC Porto. In the 43 league games these two have combined to play this season, there has been a whopping 128 goals scored and so I think that the two fixtures between these clubs will follow suit. After being dealt a rather tough Champions League group including Juventus and Atlético Madrid, Leverkusen will count themselves unlucky that they missed out on second place after results didn’t go their way on matchday six. They are also involved in a very open title battle in the Bundesliga, sitting in sixth but just six points off first place. I have watched a few Leverkusen games this season and they play a very open, expansive way with the likes of Kevin Volland and Kai Havertz impressing with their goal and assist contributions. I feel similarly about Porto actually, I watched their recent victory over title challengers Benfica and, despite leading for over an hour in that match, they continued to play very attacking football which left them vulnerable on the break. That was a must-win game for Porto and that result, along with last week’s win and Benfica’s defeat, mean that they are just one point behind The Eagles at the top of Liga NOS. The Portuguese side will be full of confidence after topping group G but I don’t think they will have enough to conquer their German opposition. For me, Bayer will take this one.

Our first dose of British sides in my chosen matches comes from Arsenal as they take on Olympiacos in what looks to be a tricky tie for the Gunners. These two actually have quite a lot of previous, having met eight times in the Champions League over the last ten years with both sides winning four matches each. In the last two fixtures the home side has actually lost, perhaps an omen? Arsenal did top their Europa League group despite failing to win any of their last three games, whilst Olympiacos finished a distant third in their Champions League group that contained Bayern Munich and Arsenal’s north London rivals Tottenham. In fact, they actually had to beat Red Star Belgrade in the final game to secure that third place. Over in Greece, Olympiacos are looking for their 45th Super League title, but their first in three seasons as they sit top, two points above PAOK. The Greek side are actually undefeated domestically, winning 18 of their 24 league games. Arsenal’s league form on the other hand is nothing like their European form, as they currently sit 10th in the Premier League. Their struggles this season have been so extreme that they even sacked manager Unai Emery back in November. Now, former midfielder Mikel Arteta is in the hot seat at the Emirates Stadium but their form has hardly improved. The Gunners have only lost once during the Spaniard’s tenure, but they have also only won just twice in that eight game span whilst only moving up one position in the league. Youngster Bakayo Saka has got two goals and four assists in his six group games, can he and his fellow teammates lead Arsenal into a last 16 tie?

My final tie to look out for promises to be a fiery and feisty affair filled with goals, passion and plenty of talking points. Steven Gerrard may only be in his second year of coaching but he is already leading his Rangers side into a European knockout round. After finishing third in last years group, Rangers have gone one step further and are on the hunt for  their first piece of silverware under the Englishman. However, if they are to be victorious in Europe they are going to have to overturn one of the most impressive teams from the group stages, Braga. The Portuguese side went undefeated in group K, scoring a joint-high 15 goals on their way to finishing first. Since hiring coach Rúben Amorim in late December, Braga have won six of their seven league games, including wins at Porto and Benfica as well as Sporting Lisbon at home. In that time Amorim also led his side to their first trophy in five seasons with victory in the domestic league cup final against Porto.  This resurgence shows Braga will be no walkover for Gerrard and his men, whom are in pretty fine form themselves in their respective league. The Ger’s have won eight of their last 11 league fixtures but are 10 points behind rivals Celtic in first so it seems either this competition or the Scottish Cup will be the only way to win Gerrard his first trophy as a manager. One man that could league Rangers to that success is Alfredo Morales. The Colombian striker is never far from making headlines, whether its for good or bad reasons. The 23-year-old has 26 goals in league and Europe this season, however he has also received nine yellow cards and two red cards in that time. He is a live-wire to say the least and must give his teammates and coaches nightmares but you will always want to watch a Rangers game when Morelos is playing because something WILL always happen. So will Alfredo be the hero or the villain in this tantalizing last 32 match-up, only time will tell.

Who ya got? 🧐#UEL pic.twitter.com/gKSCM4VYDP 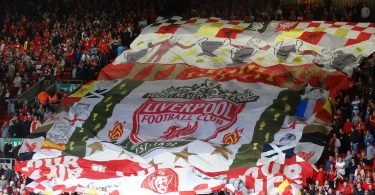