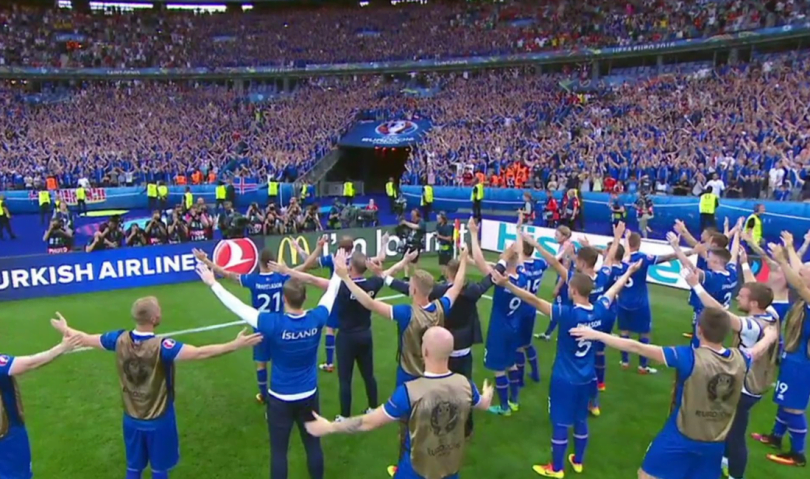 We continue our World Cup preview by looking at groups C and D containing a couple of the favourites to win the tournament; France and Argentina. On the contrary, we have Peru who are making their first World Cup appearance in nearly 40 years, and Iceland who are debutants to the competition.

The 1998 champions probably have the most depth of any team in this years competition, which will play a key factor. When you consider the likes of Karim Benzema, Alexandre Lacazette, Anthony Martial and Adrien Rabiot have been left out of the 23 man squad, as well as Laurent Koscielny and Dimitri Payet missing through injury. The French still have one of the best squads, they have to be one of the favourites.

The team oozes quality and contains many serial league and cup winners, the question is though can they channel that success into their national team, or will they bottle it again. Les Bleus could not win the Euros two years ago in their own backyard, losing in the final to Portugal. You hope they will be more determined then ever to take home some silverware this time around.

The Soceroos had to go through a three round process, including two group stages, and then a further two knockout rounds just to qualify for the summer tournament in Russia. So it’s fair to say they have earned their place. Whether that hard work pays off or not we will see.

Led by veteran Tim Cahill, this will be Australia’s fourth consecutive World Cup, however they have only made it out of the group stages once. That number could change though as they have a fighting chance of getting out of an open group, most likely in second. I personally think Denmark will be too strong for the Aussies to pip second from though.

Like Australia, Peru had to go through a tough qualifying process, playing 18 group games, and then a further two-legged play-off match against New Zealand to make it to Russia. As this is their first appearance in the competition since 1982, La Blanquirroja will go into group C probably favourite to finish bottom.

Captain Paolo Guerrero has been named in the squad despite currently serving a 14-month suspension after testing positive for cocaine. This is because his ban has been temporarily lifted. The news of Guerrero’s presence at the World Cup will be a big boost for Peru as he is their talisman, their captain, their hero.

The Danes are one of my dark horses for this tournament. Not necessarily to win the whole thing, but to get peoples attention with impressive performances, and perhaps reach a quarter-final on the way. They qualified for Russia by knocking out Republic of Ireland in the play-offs, winning 5-1 on aggregate. After a 0-0 draw in Copenhagen, the second leg was played in Dublin, where Christian Eriksen was the star of the night, scoring a superb hat-trick, and I believe the Tottenham midfielder will be the catalyst for a successful campaign for the Danish.

There is a good mixture of youth and experience in this team, with Premier League winner Kasper Schmeichel in goal, captain Simon Kjær in defence and the highly rated Ajax striker Kasper Dolberg upfront. If you include Eriksen (who was the third highest goal scorer in European qualifying) in that team you’ve got a very good core. Expect big things from this Denmark team.

Argentina have always had an incredible attack at their disposal, their issue was always at the other end of the pitch; their defence. However, it appears now they may have one of their most balanced squads ever, so surely there is no excuse to not go to Russia and win the World Cup? And just to further push my point, they have one of the greatest, if not the greatest (in my opinion) players of all time, Lionel Messi. The attack speaks for itself; Sergio Aguero, Gonazalo Higuain, Paulo Dybala, Angel Di Maria and of course Mr. Messi. The fact that Jorge Sampaoli has left out Inter Milan striker Mauro Icardi, who has scored 100 league goals in 159 games for the Italian giants, shows how strong their attack is.

It is the defence though where the two times winners have improved most significantly. Nicolas Otamendi is coming off the back of a fabulous, title winning season with Manchester City. Federico Fazio has silenced critics with an impressive season at Roma. Add to that the experience of Javier Mascherano and Marcos Rojo and all of a sudden the Argentinians look like a very attractive favourite.

Playing in their first ever World Cup after an impressive Euro’s in France, Iceland continue to defy the odds and perform on the big stage. The smallest nation in this tournament hope to replicate their success of two years ago where they managed to reach the quarter-finals, knocking out England on the way!
They won their qualifying group, which included experienced teams such as Croatia, Ukraine and Turkey, winning seven of ten games. And I believe they will carry this form into group D, finishing runners-up. Don’t underestimate Iceland; their team spirit is second to none and with Gylfi Sigurdsson leading the team, expect to see more Icelandic shocks and that famous Clap celebration we all secretly love to join in with.

One thing to look forward to at the 2018 World Cup: Iceland’s Viking Clap pic.twitter.com/QCFIgeca8P

This will be Croatia’s fourth time at a World Cup but, if we take out the anomaly of them finishing 3rd in 1998, they never seem to impress, in fact they seem to disappoint purely because of the quality they have. On paper (and I know football isn’t won on paper) they have a very strong, experienced squad. In defence they have the likes of Dejan Lovren, Vedran Corluka and Atletico Madrid full back Sime Vrsaljko. Big names such as Luka Modric, Ivan Rakitic, Ivan Perisic and Mateo Kovacic dominate their midfield. Don’t forget Mario Mandzukic up top too, this is a very strong team that should be performing better than they have.

I don’t expect things to change this summer, I believe Croatia will yet again disappoint in a group they could’ve done really well in.

I like the look of Nigeria. I know my prediction says otherwise, but they have a decent team with a few good individuals (and the best kit by far!) For younger players like Alex Iwobi and Kelechi Iheanacho it will be great experience as it looks like those two could spearhead the Super Eagle’s attack. There are some experienced heads in there too, Ahmed Musa and Victor Moses look like good options out wide, whilst Wilfred Ndidi, a player I believe is widely underrated, has come off the back of a really good first season with Leicester.

Unfortunately, I think the task will be too much for Nigeria coming up against the giants of Argentina, enthusiastic debutants in Iceland, and an experienced team in Croatia. They will crash out, finishing bottom.