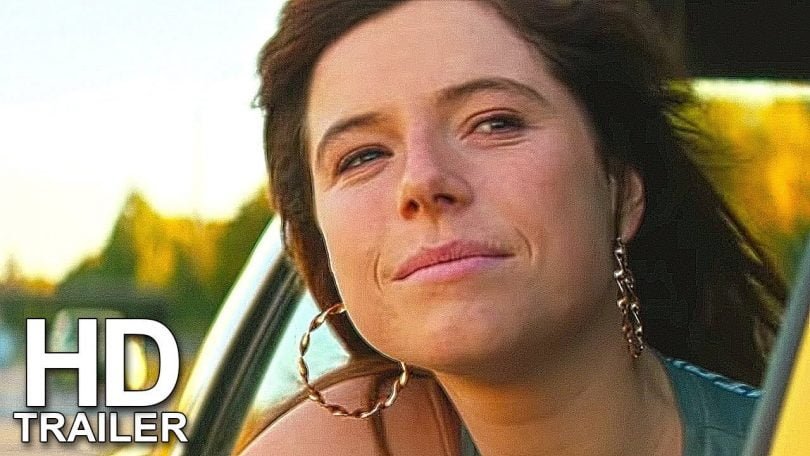 “You’re gonnae be the next Dolly Parton!”

As jailbird Rose-Lynn Harlan (Jessie Buckley) bursts onto the screen, teasing prison officers and joshing with her fellow inmates, her quick wit, wild hair and thick Glaswegian accent precede her.

The aspiring country (and not Western) singer is being released from Her Majesty’s pleasure and is determined to make a name for herself in the ~definitive~ music capital of the world that launched the careers of Dolly Parton, Shania Twain, and, erm… Billy Ray Cyrus. Glasgow, Scotland to Nashville, Tennessee.

“Johnny Cash is a convicted criminal, ya bawbag”

On paper, we are not necessarily supposed to like Rose-Lynn. Her stint in the big house was not a result of selfless law-breaking; she did not bend rules to feed her two young children, nor did she inadvertently find herself caught in the middle of trouble. No, the 23-year-old’s 12-month prison sentence was penance for smuggling (read: throwing over the fence) drugs into a women’s prison, enabling the desperate habits of those inside. Despite Rose’s wrongdoings, as a viewer you cannot help but relate to her struggle. She is the oft-cliched underdog from the wrong side of the tracks, but her passion is extraordinary. Irish actress Jessie Buckley plays the titular character with such nuance: she is vivacious and ready to rock and roll at Glasgow’s very own Grand Ole Opry, then drowning her sorrows in a rundown bar, disappointing her children and contravening the curfew that her ankle tag demands, in the space of one scene.

A Rose by any other name…

Kerry-born Jessie Buckley has been on the British culture radar for a while, steadily moving up the ranks. In 2008 she came second in the BBC/Andrew Lloyd Webber talent show I’d Do Anything, that was searching for unknown performers to appear in the West End production Oliver!

A decade later, Jessie, having wowed audiences and critics in television dramas Taboo and War and Peace, was one of the nominees of the 2019 BAFTA Rising Star Award for her impressive performance in Michael Pearce’s thriller Beast. It is perhaps because Buckley is fresh on the cinema scene that her performance in Wild Rose was so charming and charismatic. She is a powerhouse with a voice that will blow your socks off. Her warm honey tones are a perfect match for the film’s well-selected soundtrack, which features everything from Primal Scream to Wynonna Judd.

Director Tom Harper, who oversaw 2010’s Scouting Books for Boys and This is England 1986, has truly excelled with the casting of this film. Julie Walters as Rose-Lynn’s mother Marion is as ever delight to watch – she is exasperated yet supportive, weary but sensitive. With cameos from country legends Kacey Musgraves, Ashley McBryde and “Whispering” Bob Harris, each scene oozes charm.

Despite Rose-Lynn blazing through life determined to make it on her own, she receives heart-warming support from chirpy bohemian Susanna (Sophie Okonedo), whose post for a daily woman Rose fills. Susanna, with her beautiful house and well-connected friends, is of a completely different world to Rose-Lynn. They are at opposite ends of the social ladder, but that somehow is not at all significant. Their differences are never mentioned, and despite Susanna’s wealth and lavish lifestyle, she is completely enamoured with Rose and her beautiful singing voice. In a society obsessed with rich versus poor, us versus them, the unspoken subtleties of women supporting one another could not fail to bring a tear to the eye.

If the worthiness of a film featuring women is measured by their conversations, then Wild Rose wins the Bechdel test by a (country) mile. Men are very much surplus to requirements in this film – hardly filling a whole scene – which makes for a refreshing break from the usual male-dominated cinema schedules. Rose-Lynn’s beau is useful when she says so; Susanna’s husband is smarmy and judgmental. Even minor characters such as the singer who took Rose’s gig slot and house band, played with arrogance and swagger by the wonderful Craig Parkinson, is quickly put back in his place after a few minutes of lording it up.

Nicole Taylor’s sharp script leaves no room for cliché fairy-tale endings, and it would be a disservice to such convincingly heart-wrenching performances to wrap the film up nicely with a Nashville-shaped bow on top. The film is a necessary reminder of the importance of belief. Self-belief, belief in others. Belief that anything is possible.

What is also entirely possible, is that you’ll leave the cinema with a wild love of country music, so get that playlist ready…

Wild Rose (2019), directed by Tom Harper and starring Jessie Buckley and Julie Walters, is in UK cinemas from 12th April.