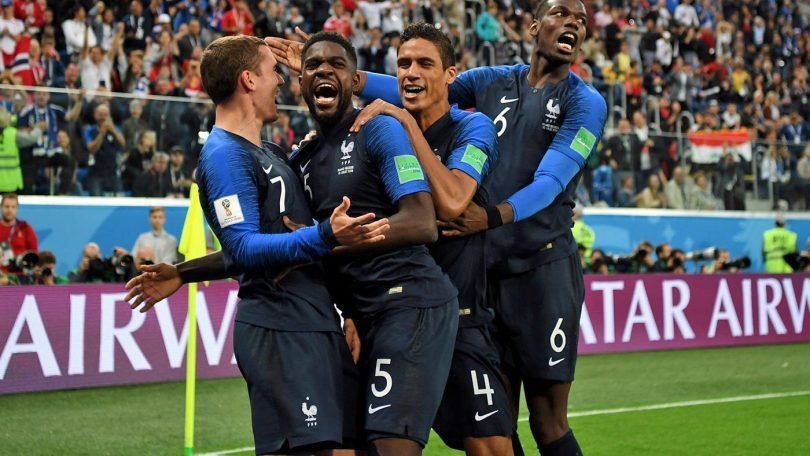 Would everybody please stop pretending they like watching tennis and focus on the World Cup? It’s not over yet! Let me convince you to tune in for France-Croatia on Sunday.

History will be made

I understand how frustrating losing the semi-finals by one point must have been, but France has a good chance of avenging you! Les Bleus might win again 20 years after Zidane took the trophy for the first time in 1998. If you find yourself leaning towards the Croatians, this could well be the first time they bring the World Cup to their island.

However I’m not Croatian, I’m French. And this is why I think you should support your neighbour, les Français:

France’s World Cup performance this year has been remarkable

Les Bleus started out slowly but once they reached the quarters, they’ve proved to be the best team in this tournament. Our defence is rock solid and backed up by our legendary goalkeeper Lloris, who’s pulled off incredible saves. We have had to face very strong competition like Uruguay and Belgium and luck had nothing to do with us reaching the finals. French coach Didier Deschamps has put forward Mbappé, the 19-year-old bold striker who’s reminiscent of a young Pelé. I’m hopeful Mbappé’s laid-back attitude and raw talent combined with mature teammates will carry us to victory. They have visibly gained experience since their loss at the Euro 2016 against a smaller team. They hopefully won’t fall short again.

This French team is fun

I’m proud to be supporting a team which has some of the biggest names in football like Paul Pogba and Olivier Giroud and hasn’t been involved in a single scandal this time around. French fans have enjoyed following their trip to Russia on every social media platform. Videos that went viral include the players singing along to afrobeats on midfield player Matuidi’s Instagram stories, and the team’s official Youtube channel (FFF) that shares their experience up to the minute. I don’t think I’ve ever found a French team that relatable, which makes everyone celebrate each goal and buy a French flag after they lost theirs in 2006 when Zidane was still playing.

Sunday is going to be legendary. Croatia is a talented, tireless, solid team. Their journey throughout this competition would have been more impressive if they hadn’t struggled against Russia at the quarters. They might want the trophy as much as us but we have more chances to bring it home.

Ahead of this match, I hope that Antoine Griezmann will finally show us his full potential and that we keep our defence untouched while Mbappé continues to be bold.