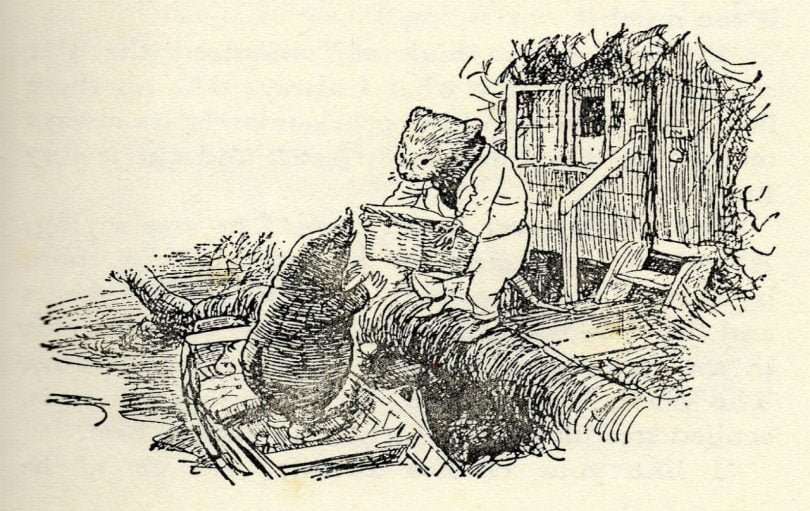 I am at the age now where I find myself returning to the children's books section of Waterstones, browsing amongst the shelves and searching for stories suitable for the friends from school who are new parents and for my nephew who is now becoming an able young reader. This is far from a chore. In fact, it is a happy trip down memory lane for me and I leave the shop with a hoard of treasures.  By reading my favourite stories to the characterful little humans in my life, I have found a reengagement with these wonderful tales by seeing the excitement in their eyes when Charlie Bucket finds the golden ticket [sorry for the spoiler…] or when Wendy flies off to Neverland. So here are ten of my personal favourite children's stories. I recommend that you find them on the shelf, dust them down, and read them to the children in your life – you may find yourself lost in an exciting adventure.

OK, so for most millennial British children, Biff, Chip and Kipper were the resounding heroes of reception and Year One [ie, ages 4-7]. The Magic Key series was a collection of thin adventure stories aimed at teaching children how to read and how to get better. The books were colour coded to denote their difficulty and at that age, I was in a class of thirty children so there was a mixture of competitiveness and practical demand which meant that everyone tried to race through them. I don’t actually remember much about the plots but it usually involved a magic key which was rather like a portal to some kind of adventure, but the books stand out because they were fundamental in teaching me to read and also in developing my voracious appetite for books.

2. The Wind in the Willows by Kenneth Graeme 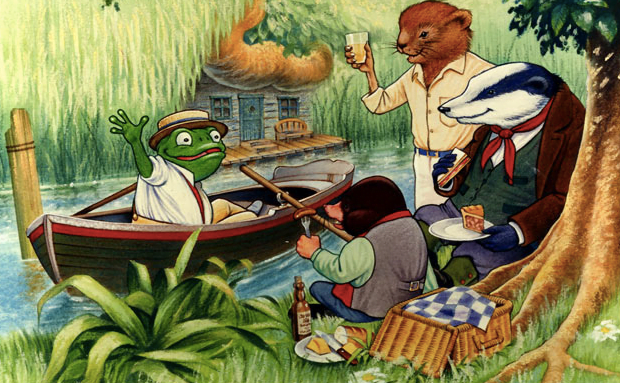 Kenneth Graeme’s classic was one of my favourite stories as a child because it seemed to be a common story that was often read to me at bedtime. I grew up in the country and love being by the water – whether it is a babbling brook or the great wide ocean – so a story about a little mole who makes friends with a water rat and discovers the world of boats, picnics, motor cars and adventure really indulged my imagination as I spent my weekends collecting ladybirds in my garden. I remember when I was around five years old my parents were digging in the garden and accidentally came across a family of baby moles; I was ecstatic and named them all after Graeme’s characters before covering them carefully with earth again (it didn’t seem odd to me at the time to call a mole ‘Toad’).  The Wind in the Willows is special too because it was part of a trio of beautiful books with gold lining on the pages, so it was an introduction to books being considered as physical pieces of art. 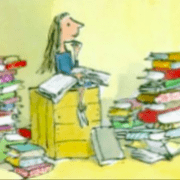 Essentially anything Roald Dahl wrote had a humongous effect on me – as did Quentin Blake’s loving illustrations. My Dad used to read them to me and do excellent silly voices and I can’t wait to watch him do the same to my nephew when he is old enough. I love Matilda particularly because she is a heroine to all intents and purposes and is vulnerable – she is an unwanted little girl – however, despite her exterior she proves herself to be far from vulnerable. Her journey is a story of empowerment and a lesson to treat everyone in society as equal because a person’s talents are not always obvious. 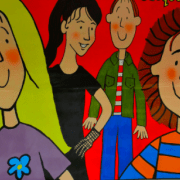 There was a craze when I was around ten years old to read everything by Jacqueline Wilson. Of course, as a British child CBBC’s Tracy Beaker only served to fuel this obsession as all of the girls in my class would watch it after school and we would talk over Babybells about how insufferable Justine Littlewood was. With predominantly female characters, Jacqueline Wilson introduced pre-teens to the darker sides of being a woman and growing up, but she did so in a careful way due to her compelling first-person voice. From the social care system to anorexia and domestic abuse, Jacqueline Wilson introduced a unique empathy to a generation of young women and encouraged her readers to be kind to other children, an important message to read when going through puberty. 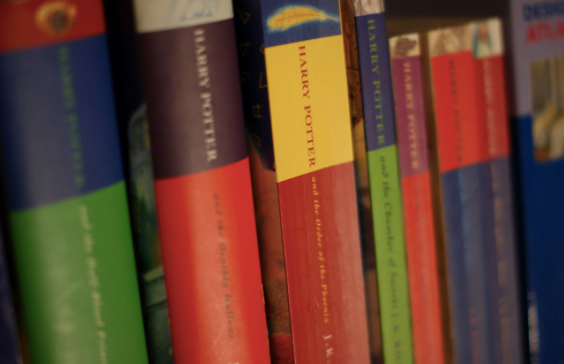 It seems cliche and predictable but it has to make the list. It is still a dream of mine to receive a Hogwarts letter [definitely lost in the post] and have Hagrid rock up to tell me I am a wizard [or a witch in my case]. The books began as exciting adventure stories with a distinct formula: new year, new teacher, Harry learns more about his past. I used to read Harry Potter on the school bus and it seemed to spice up a generally boring timetable – multiplying fractions became more interesting when you can steal a page and disappear into the Triwizard tournament. What I loved about the books particularly is that they were released each year and there was a delay, so the anticipation for the next book was positively unbearable but also so exciting. When the films were released it only enriched the whole Harry Potter fandom experience, I can’t think of a Christmas where a Harry Potter book or film was not present. I felt that both the books and films grew with me and my ability to enjoy darker stories, and I felt that they were with me at every stage of my childhood. 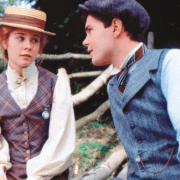 She is the heroine who shares the most physical similarities to me – she is perhaps a little skinnier – but Anne never tasted Ben and Jerry’s ice cream. Growing up I was opinionated, cheeky and a huge goody-two-shoes nerd, so Anne’s fiery nature and her feminist determination to pursue her dreams, despite her contemporary context was yet another heroine I grew to adore. Breaking her slate over Gilbert Blythe’s head was one of the best scenes I have ever read. He totally deserved it. If you haven’t seen Netflix’s adaptation released earlier this year, I would highly recommend giving it a watch. 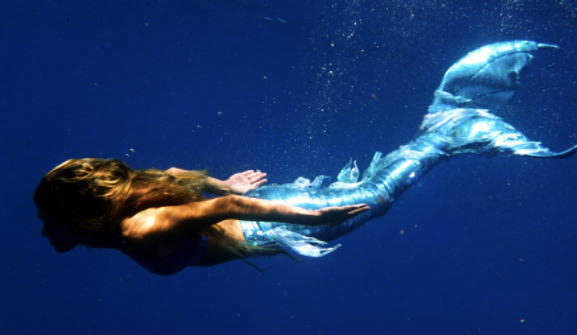 So I always had a thing for the sea, mermaids and fairy tales. I used to pretend I was Ariel from the Little Mermaid when I was in the bath [still do, who am I kidding]. So when I discovered Helen Dunmore’s ‘Ingo’ series I was hooked [if you’ll pardon the pun] from the first chapter. The story revolves around a brother and sister grieving their father who was lost to the sea. Whilst supporting their mother, neither can deny an inexplicable calling to the ocean and both sneak away in the dead of night for a swim. It is particularly special to me because I read the series whilst I was on holiday in Devon and Cornwall – where the books are set – and finally stayed at the town where Helen Dunmore drew inspiration for her fictional town of ‘St Piran’. I loved it and so did my parents so we ended up moving to that town, so it ended up having an even more special significance to me.

8. A Series of Unfortunate Events by Lemony Snicket 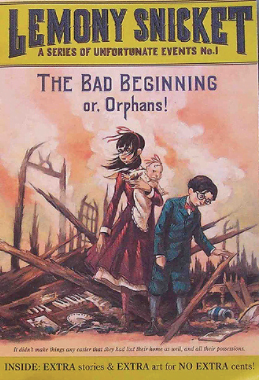 I loved this series because I could never work out if Lemony Snicket was a real person or just a pseudonym. It was the first series to demonstrate that happy endings are not necessarily realistic, life is not necessarily fair, and that predictable plots that are tied up with ribbon aren’t necessarily the most satisfying. I also loved his extended comparisons and similes:  “Fate is like a strange, unpopular restaurant filled with odd little waiters who bring you things you never asked for and don't always like.” 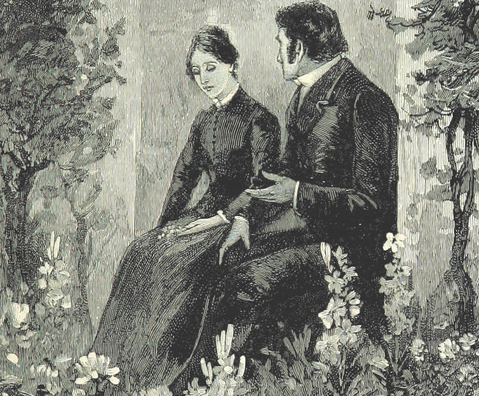 This is perhaps a heavy choice for a child to read but I first read it when I was eight years old. It took me forever, but with a sister who was eleven years older than me, I wanted to appear mature and join in with the grown-up conversations around me about literature and culture. So, I picked up a beautifully bound copy off the bookshelf at a relatives house in Edinburgh at Christmastime and set to work. Another heroine who is neither pretty, rich or blessed with extraordinary talents apart from passion, the ability to love and sharp intelligence. I usually try and read it every Christmas and still have an undeniable crush on Mr. Rochester.

10. The Diary of a Young Girl by Anne Frank 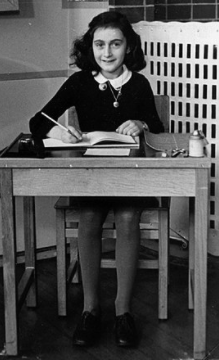 I think reading this novel as a young teenager was incredibly influential in my choice to study history at university and gave me confidence as a young woman in my own writing. Reading Anne’s personal journal felt intrusive, and I’m still not sure how I feel about its publication, but her resounding message of hope was poignant and relevant to me reading it in a different century, and was another voice that I found friendship in amongst the books I read as a child. The reason the diary ranks so highly on my list is simply because Anne’s diary is not fictional, which makes it all the more special and moving.

Man Booker Prizes and New York Times bestsellers are worth a read, but sometimes it's nice to remember what captivated our imagination when we first learned to read – those very first sentences that we had to squint out and sound out. Maybe we don't need younger relatives or children in our lives as an excuse to read children's literature. After all, children's authors write stories which have to appeal to children and the adults who read them to children. Not only do children's authors have to appeal to everyone but they are relied upon to teach children the foundations and morals of a society and how to be a good person. It may not be such a bad thing to revisit these stories as adults to remind ourselves of these simple but important messages.