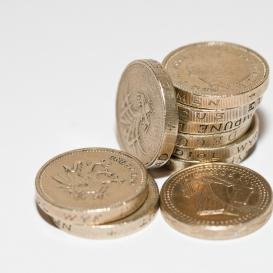 Is “Salt Beef Jack and Other Londoners” the gateway to a new era of books? We are familiar with the concept of an author, but what happened when one woman approached strangers and asked them to share their own stories? The result of this quest is the compilation of incredible stories of armed robberies, seeing a white crow, and defending Cyprus against the Turkish army.

This came about when one innovative woman took to the streets of London and offered strangers money in exchange for a story.

Salt Beef Jack and Other Londoners: Incredible and unpredictable

Michelle Thomas, 29, stood with a sign that read “”I will pay you £1 for your story.” and for three years she spent her afternoons encouraging people to share their lives with her. She was amazed with the results.

She told the London Evening Standard:

“I can never predict what people will tell me,” she said. “That’s what makes it fun. I’m honoured for someone to tell me about the best and worst days of their lives.”

The best of these stories are being compiled into one book, which is going to be crowdfunded.

For example, one man told of his friend’s failed armed robbery. She retold this story to the Evening Standard:

“His friend acquired a sawn-off shotgun and ran into this place. This friend pulled his balaclava down but he pulled it on the wrong way. He ran smack into a wall and knocked himself out.”

Stories from around the world

Ms Thomas, who manages a café in Gipsy Hill, has collected a total of 200 stories, mostly from London but also from Edinburgh and Wrexham. The international populous of London means that the authors of these stories came from all over the world, such as Brazil or China.

The idea came to Ms Thomas after she was made redundant and wanted something to keep her occupied.

She feels that people engage with her as soon as they see the sign. People want to share their stories and immortalizing them into print is a fresh new idea.

You can pledge for her book, and read an excerpt here on: unbound.co.uk/books/salt-beef-jack

Delighted to announce that @unbounders have launched the One Pound Stories campaign! http://t.co/mIGmfutg5W

She has now achieved 29% of the funding for her book and 350 more pledges are needed. You can pledge anything from £1, which will get you: “Our thanks, access to the author’s shed & your name in the back”, to £250 if you want your story in the book.

She is also on twitter with the username @onepoundstories.