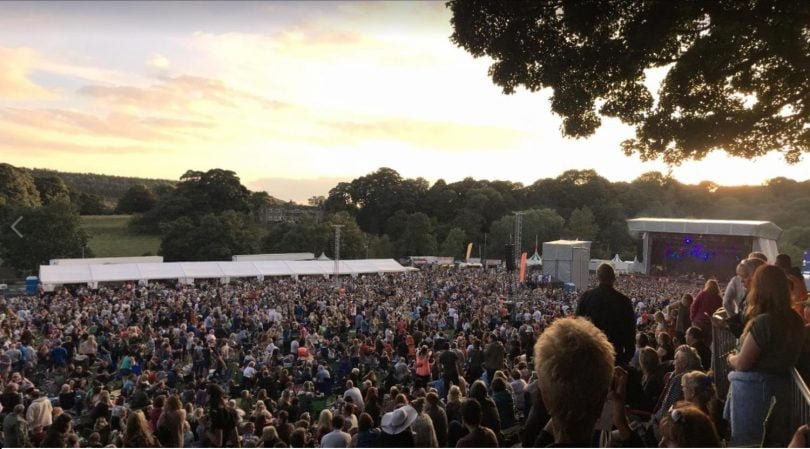 Every year, the edge of the Yorkshire Dales comes alive, with crowds flocking to a usually sun-kissed Myrtle Park for a weekend of family friendly fun at a discount price.

The festival, which is now in its 11th year, burst onto the festival circuit back in 2007 and has quickly become one of Yorkshires most celebrated outdoor music events. Returning bigger and better than ever, Bingley Music Festival is spread across two stages and packed with established and emerging talent. 2017s line up boasts some heavy hitting headliners with Welsh legends Manic Street Preachers, Kaiser Chiefs and The Wombats playing on the mainstage across the weekend.

The line up has something for everyone which is testament to the organisers and the diversity of Bradford, so it's no surprise that the small festival is growing in stature year on year. As it becomes more established, the music filled weekend will no doubt rival the likes of Kendal Calling and Y Not Festival.

Mossley post punk outfit Cabbage kicked off the festival on September 1st with a satirical attack on the man, and an actual cabbage was thrown into the air as a sign of appreciation (true story).

However, the main stage didn't get properly busy until Twin Atlantic showed up. The Glaswegian rockers reeled everyone in as soon as the driven drum beats and determined bass line of Whispers sounded. Starting with a song like that only foreshadows a loud, heavy set, and they did not disappoint. Singer Sam McTrusty's powerful vocals just kept giving until he paused for a breath, holding the microphone out to the crowd so they could sing along to Brothers & Sisters. It was a risky move at a festival where not everyone is familiar with you, but it paid off and made their set memorable. 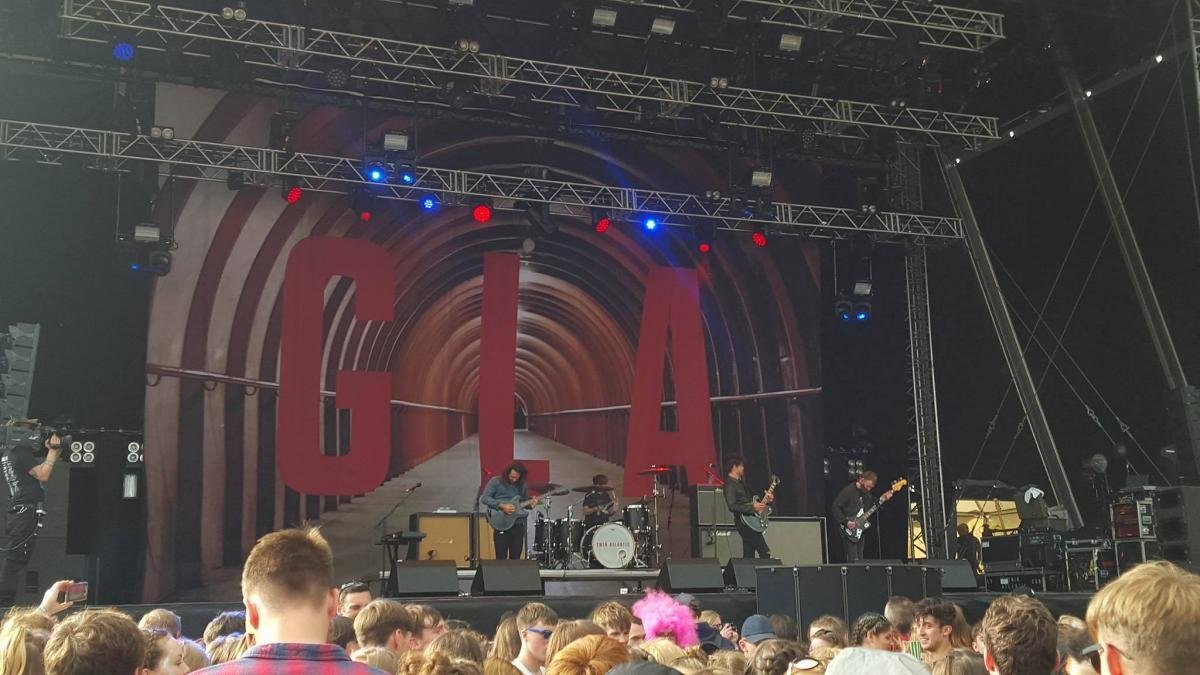 Then came the rain.

Maximo Park had tough job on their hands trying to cheer up a soaking wet crowd, but they pointed out a rainbow, proving that beautiful things can happen because of the weather. They mixed old favourites with new tracks and prevailed despite the odds. It helped that frontman, Paul Smith chatted away to the crowd about the joys of Bradford's public transport system, a topic very close to many of the festival goers hearts due to the rail strike, and his trip to Salts Mill earlier in the day.

Manic Street Preachers were next, and boy were they worth the wait! They transported the whole park back in time, aided by the copious amounts of 80s style glitter on most of the attendees faces. The trio treated their loyal fan base with their favourite anthems and ensured that everyone was dancing and singing along. Even the youngsters proved that punk is still alive and kicking by joining in with the mosh pits.

The Shimmer band played the Discovery Stage on day 2 of Bingley Music Live, which had onlookers beggaring the question of why they were on so early, even vocalist Tom Newman made a comment about their set's timing. They fused together indie-rock and techno, while Newman manipulated the microphone stand for a spot of baton twirling practice, presumably to wake everyone up. 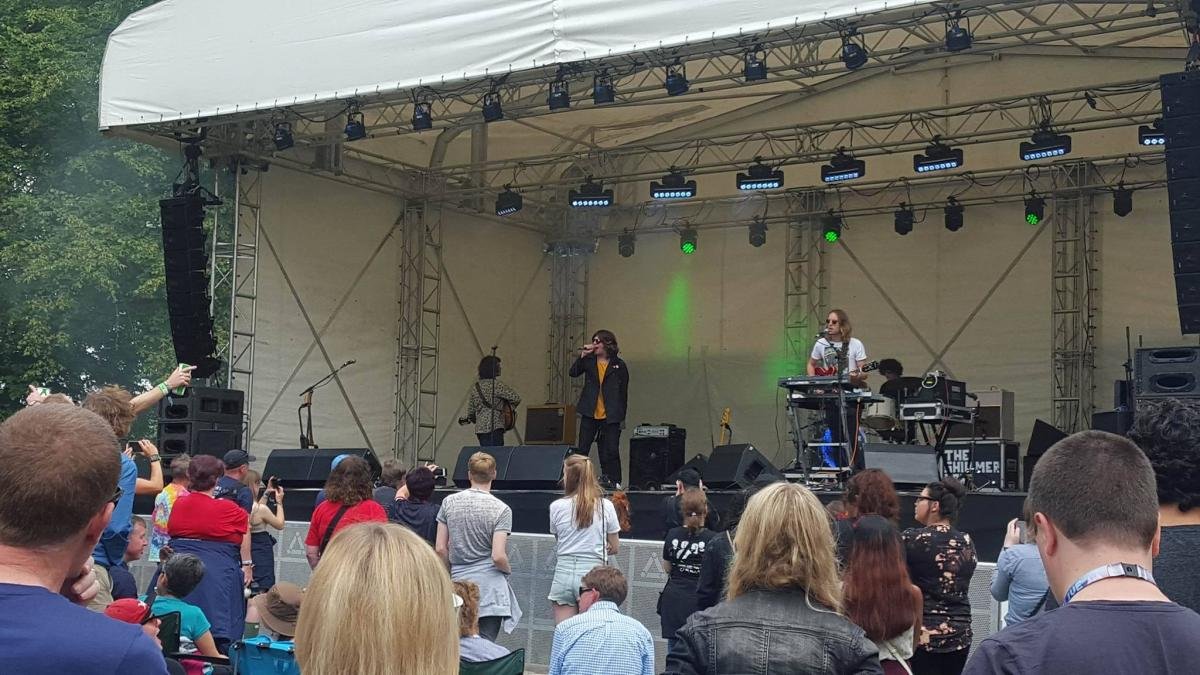 Female fronted Anteros were golden and really got revellers into the summer spirit and ready to lose control. It was hard to tell what decade we were in with their mix of 60s pop and 80s/90s ballads, but that was all part of their appeal.

Blue skies were at the forefront of the festival's most popular day, in common with the blue theme. Revellers pitched up their picnic blankets and camping chairs to top up their tans between acts, cooling off with ice cream or cold cider. However, one man was more interested in the empty cups, and used them to create a masterpiece during the crossover period. No one likes waiting, but the incredulous crowd seemed amused enough as they watched a man defy the odds to make an 8-foot-tall pint cup tower. It didn’t last long, but his sheer grit and determination defined the weekend, where festival goers were forced to withstand all sorts of weather for a piece of the action.

Former Libertines frontman Peter Doherty and Sheffield Indie rock band Milburn drew the crowds, but headliners, The Kaiser Chiefs were the highlight of the day. Tracks like Every Day I Love You Less and Less, Modern Way, Ruby and I Predict A Riot were bound to be on the cards, but the Leeds band also incorporated some of their new, discotheque material. No Northern festival would be complete without a Game of Thrones joke and a good old chant, which came naturally after frontman Ricky Wilson admitted, “I was born in Keighley, you know.” 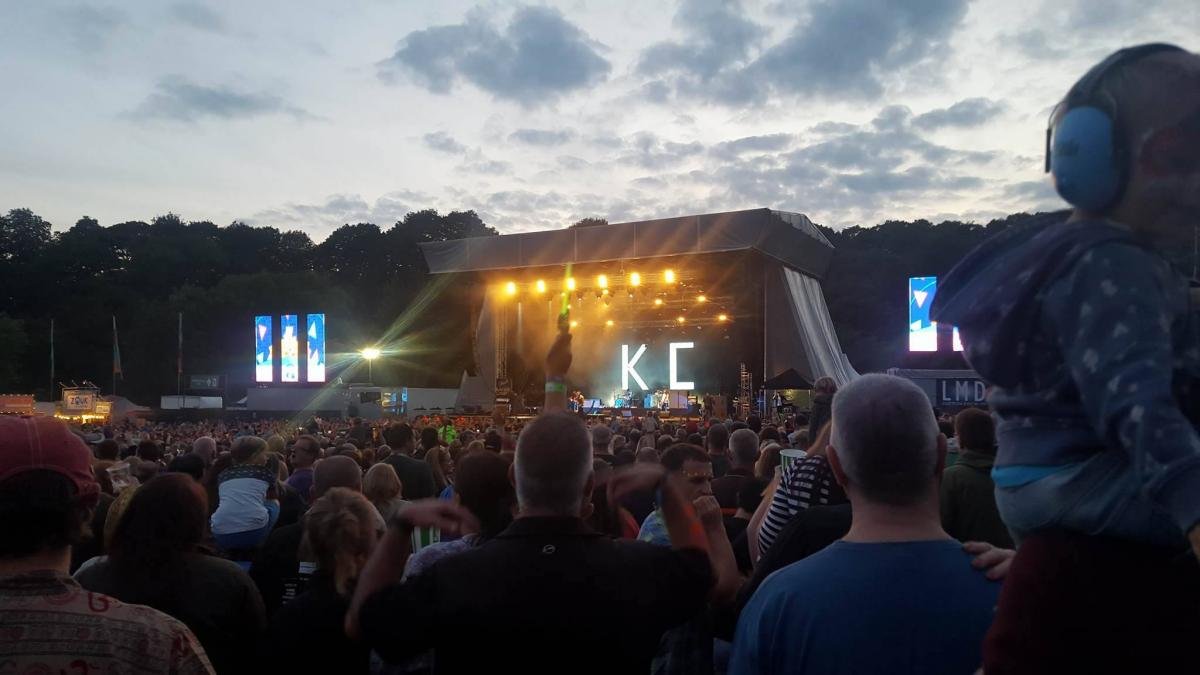 It's great when bands support each other, so seeing Jamie Glass from Get Inuit wearing a Marsicans T-shirt was the icing on the cake. Both bands were a credit to the Discovery stage, a place where it has been known for attendees to discover their new favourite bands.

Feeder are no stranger to Bingley Music Live and knew exactly how to win over the crowd. They played quite a lot of unfamiliar tracks and got a few boos when they asked if we would like to hear another new song, but all was forgiven when Buck Rogers sounded. The Welsh rockers performed for 25 minutes longer than they should have, but they started late and after testing the water with the opening riff of Just a Day, how could the organisers kick them off stage? 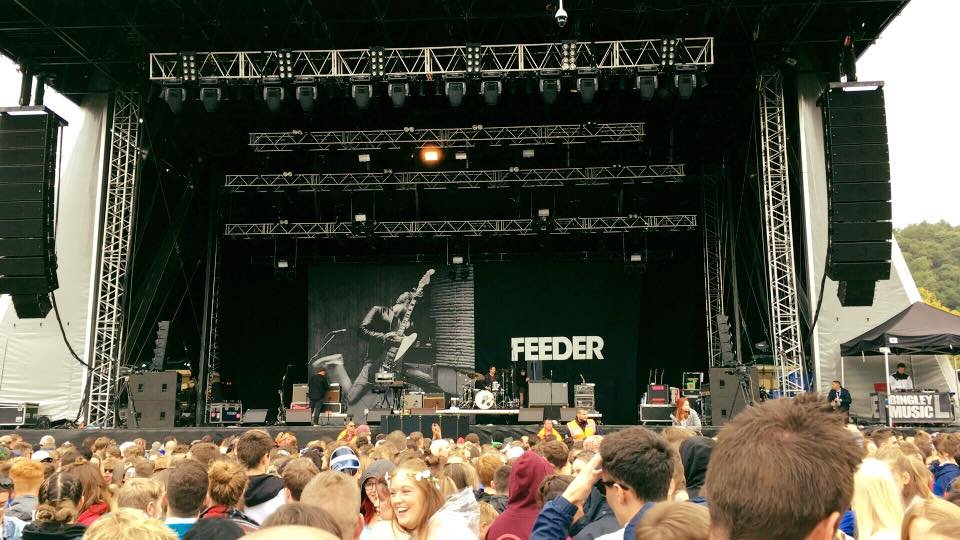 Closing the festival on Sunday September 3rd were The Wombats, a band who were at the peak of the noughties British indie-rock explosion, hit the stage to announce their 4th studio album, scheduled for release at the end of summer 2017, and celebrate their 10th anniversary. Nothing says celebration like fireworks, and in true Bingley fashion, the headliners went out with a bang.

All in all, it was a fun-filled weekend that rounded off a summer of festivals with class acts that everyone got to see close up, and a spectacular firework show. With the event getting bigger year on year, I can't wait to see what they have in store for 2018.