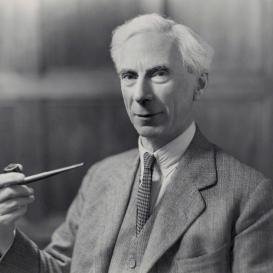 Ray Monk, already renowned for having written the definitive biography of Wittgenstein, was confronted by greater difficulty when he came to write the life of Bertrand Russell. His subject contained multitudes, and made Janus look faceless in comparison. Monk has trawled through the entirety of Russell’s prodigious output: many books (several of them hefty and absurdly detailed), hundreds of articles, and thousands of letters. He achieved enough for several lifetimes.

Not content with founding a new and revolutionary branch of mathematical philosophy, he visited Russia during its revolutionary years, was imprisoned while campaigning against the First World War, and spearheaded the campaign against nuclear weapons. Accompanying all of this was a slew of books popularising the world of ideas, from philosophy, to general relativity, and the history of socialism. The summa of this popular work is his History of Western Philosophy, which is still regarded as the authoritative introduction to the subject. Monk’s biography takes us up to Russell’s 49th birthday and the birth of his first son. It’s remarkable to reflect that Russell lived fifty years longer than the years covered in this first volume, and Monk has also written a second volume documenting the final five decades.

A swift succession of family tragedies meant that Russell would be raised by his stern and puritanical grandmother. Feeling isolated in this stultifying atmosphere, he sought solace in intellection. Bowled over by his introduction to Euclid’s geometry, and charmingly confused as to why he had to take its axioms for granted, Russell resolved to dedicate his intellectual life to such arcane questions as ‘what is logic?’

The monumental set of books that make up the Principia Mathematica, penned by Russell and his Cambridge colleague, A.N Whitehead, are a testament to a noble and spirited decade-long attempt to formulate and formalise the logical foundations of mathematics. This achievement retains its importance, despite knowing that subsequent work by Wittgenstein and Kurt Gödel showed that all such attempts are futile, for this is futility at its most inspiring and grandiose. Fortunately, Monk is himself a professor of philosophy, and is able to transmute these dry and seemingly unimportant mathematical arguments into an exciting and, dare I say it, dramatic story.

Monk also retreads the history of Russell’s political engagements. A liberal of the British empiricist tendency (John Stuart Mill was his godfather, after all), Russell was arrested for his work in the anti-war and anti-conscription movement of his day, and his pamphlets denouncing the leaders and forces that led the young and the innocent into this war of devastation bear rereading, even today. There is a breathless account of Russell’s excitement about the Russian Revolution, and his subsequent disillusionment upon actually visiting Russia and meeting Lenin.

His extraordinarily prescient book The Practise and Theory of Bolshevism was written well before it became apparent that a noble idea had mutated into a maddeningly bureaucratic and cumbersome authoritarian regime. It is also affecting to see how permanently unsure he was about whether to dedicate his life to philosophical or political pursuits. His lifelong dilemma reminded me of Albert Einstein’s remark after being (almost comically) offered the Presidency of Israel: “Politics is for the moment. An equation is for eternity.”

Where Monk really excels is in the attention paid to the artistic side of Russell’s nature. While vigorously and rigorously studying Euclid, Russell’s more sensitive teenage nature was equally fascinated and uplifted by the poetry of Shelley. This love of literature never deserted him, and made his inability to write decent fiction all the more painful. Monk gives accounts of Russell’s scintillating friendships with Joseph Conrad and D.H. Lawrence; Russell thought that both of these could see further into his soul than anybody else.

His artistic side was also bound up with his almost fanatical search for love and companionship, a pursuit documented here by hundreds of love letters to many different recipients. His restless erotic life included an especially fascinating affair with Vivien Eliot, wife of T.S., and with the captivating and beguiling figure of Ottoline Morrell. Monk, admirably, does not shirk from the almost unbelievably cold and callous nature displayed in these letters. Russell was not only difficult and high-maintenance; he was also capable of quite astonishing displays of cruelty. It can be slightly disconcerting to see a man famed for his strict dedication to logic and reason feeling the pangs of longing and jealousy so intensely.

But Russell was rife with such contradictions. His logic and reason gave way to a lifelong paranoia about always being on the verge of a nervous breakdown; his ancestral history, peppered as it was with cases of mental illness, resulted in him being constantly haunted by its spectre. Talking of spectres, Monk is also very good on how and why Russell repetitively described himself as a ghost; I leave this tantalising teaser for those who go away and read the book.

If love and the fear of insanity comprised a large part of his internal makeup, his mental sinews were also tugged in different directions by the conflict between his instinctive liberal tendencies and his prim Victorian upbringing. This, along with his undoubted genius, probably accounts for his almost constant feeling of solitude, even when in the middle of a cheering crowd. And even when he was the object of the crowd’s adoration.

Have you read Ray Monk’s biography? Let us know in the comments below!