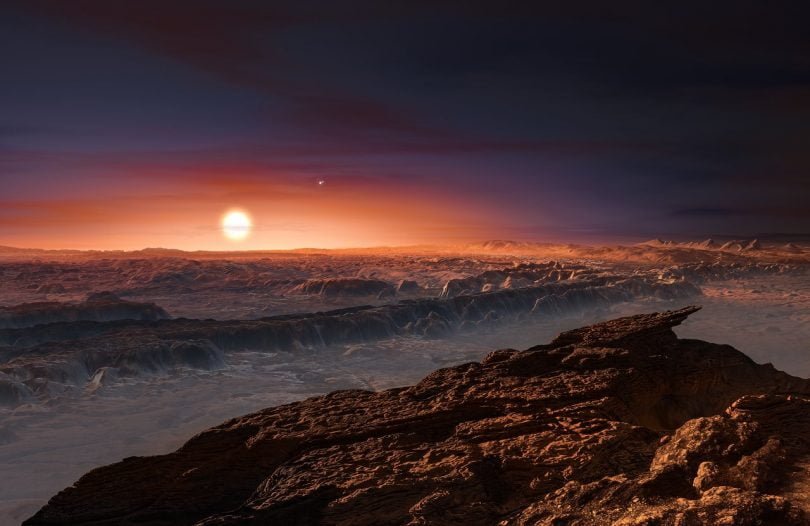 Scientists have announced that the discovery of possible habitable world orbiting Proxima Centauri, the nearest star to our sun.

It is the closest planet found so far that could potentially harbour life and could be an important milestone in our quest to find alien life outside of our solar system.

The planet’s orbit lies with the habitable zone, which means it could theoretically have the conditions to allow liquid water and life to exist. Scientists also believe the new world, called Proxima b, is a similar mass to Earth, with their research suggesting it is around 1.3 times the mass of our own planet.

The data also indicates that Proxima b orbits its sun at a distance of 7.5 million km. This is much closer than the distance between the Earth and our sun (149 million km). However, Proxima Centauri is a red dwarf star and therefore smaller and dimmer in comparison to our sun, which means the newly discovered world could still experience hospitable conditions despite its relatively close orbit.

The discovery was made by an international team of researchers who used instruments at the European Southern Observatory in Chile to examine the light emitted by Proxima Centauri and the data it produced.

One of the researchers, Guillem Anglada-Escudé, commented that “For sure, to go there right now is science fiction, but people are thinking about it and it’s no longer just an academic exercise to imagine we could send a probe there one day.”

Despite being found in our cosmic neighbourhood, Proxima b is 4.2 light years (40 trillion km) away and would take us thousands of years to reach with our current technology.

Whether Proxima b could harbour life is also still uncertain. There are still a lot of all-important factors left to determine such as the planet’s temperature, size and whether it has a magnetic field, which would be necessary to protect the atmosphere from harmful radiation being emitted from the nearby red dwarf star.

Nevertheless, the discovery of relatively nearby exoplanet has excited scientists and provides a target for future generations in their mission to find life in the cosmos.