Following the sudden departure of Brendan Rodgers, it’s widely reported that Jürgen Klopp is set to become the new manager of Liverpool FC – less than a week after his predecessor was fired.

Should the appointment be made, what would this mean for the club? 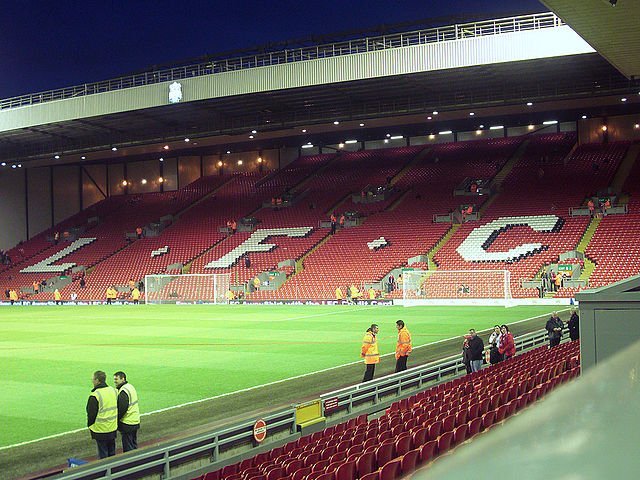 One of the main differences between Brendan Rodgers and his reported replacement is their footballing philosophies. When Rodgers was recruited three seasons ago, he was a keen advocate of ‘death by football’ – dominating possession, tiring your opponent, and striking once the defence has become misshapen.

Klopp on the other hand prefers more ‘heavy metal’ football – pressing high, playing direct – basically getting the ball into the back of the net in the shortest amount of time.

This is something that could actually be a good fit for Liverpool. Despite his repeated sound bites, Rodgers actually had his most success at Liverpool doing just that – pressing high up the pitch and playing on the counter with the pace of Sturridge and the passing of Coutinho.

The success on the counter happened for a number of reasons – the available personnel and the tactics of opponents being two – but also because Anfield simply isn’t built for possession football. To hold onto the ball for significant portions of a game you need a gigantic pitch like that of the Nou Camp or the Etihad, the structural limitations of Anfield mean that it actually houses one of the smaller pitches in the league. This means that teammates have less space to receive the ball, opponents can press quicker, and basically the team is made more susceptible to the counter attack.

The other, possibly more obvious, difference between Rodgers and Klopp is their reputation.

Klopp is a seasoned top-level manager with trophies to his name – particularly famed for taking a lowly ranked Borussia Dortmund team all the way to the top of the Bundesliga against the formidable Bayern Munich. Rodgers on the other hand has won the Championship playoff final, nothing more.

Whilst it’s nice to think that managerial ability can shine through to players without having to mention the past, having proof that your methods have worked and that you know your stuff certainly helps. Further to that, should a player be choosing between clubs to join, which manager do you think he’ll go for? A well known manager can help in recruitment as well as the actual managing of the team.

Overall the sacking of Brendan Rodgers highlights just how difficult a job being the manager of Liverpool FC is. With the stadium the capacity it is and the club still having to make up ground on the commercial side, the team has only the fifth biggest budget in the league – fifth coincidently being the average league position the club finished in under Brendan Rodgers.

For fans of the club however, who have seen league titles and European cups and who still want to reclaim their ‘perch’, that just isn’t enough. They need someone who can punch above their weight, who can get the most out of every player they have, who can win leagues against monstrous opposition – maybe Jürgen Klopp could be the answer?