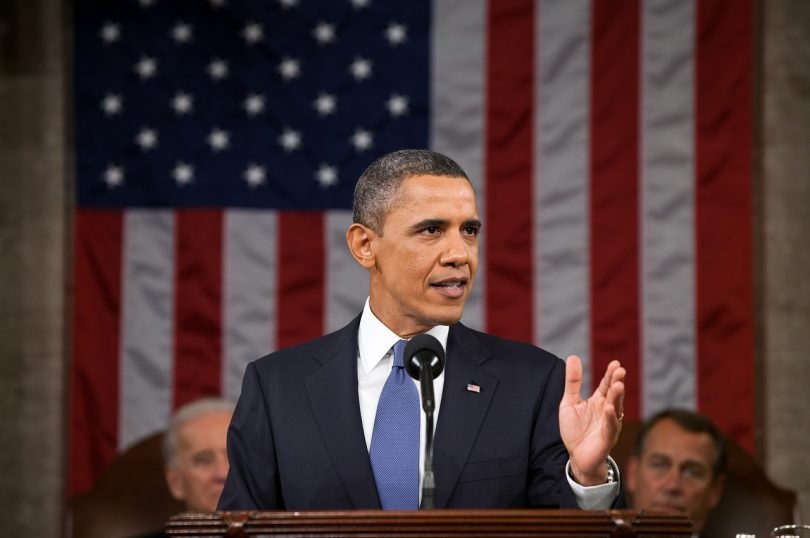 It’s been nearly 2 years since Barack Obama ended his 8 years of Presidency. While he no longer may be serving time in the White House, he continues to keep a busy schedule. He travels the world and makes numerous speeches, enjoys vacations with the family, and continues to work on various projects.

While it may not come as a surprise to many, Obama is an avid reader. He has stated how novels have kept him occupied while leading the USA. He often looked towards writings and literature of historical figures to understand their motives and solidarity for humankind. Now, Obama has decided to bring his passion of reading and politics to the small screen as he has signed a multiyear deal with Netflix with his newly founded production company “Higher Ground Prods.” And his first novel of choice to adapt is none other than “The Fifth Risk” by Michael Lewis.

“The country is in flames” Author Michael Lewis on the US elections #Midterms2018 #politicslive https://t.co/QDWUWO5w2Z pic.twitter.com/AhWYHSX49m

“The Fifth Risk” is a political novel that discusses the aftermath of Donald Trump’s election win, beginning with his first day. While it’s common knowledge that the Obamas and the Trumps are on opposite ends of the political spectrum, the book and the adaptation are not meant to take jabs at Trump as a person, however they do provide an outlook at the disarray within the White House. The tagline “What are the consequences if the people given control of our government have no idea how it works?” The book describes the dangers of knowledge while providing readers the positive outlook to ignorance, as displayed by some of the Trump appointees.

Lewis also seeks out those whose passion for politics and our country still remains, despite the tough times in their workplace, providing hope for the readers. The book currently is a New York Times Best Seller.

Former President Barack Obama's production company has acquired the rights to Michael Lewis's book "The Fifth Risk" and will turn it into a series for Netflixhttps://t.co/F1P8rDeT6A

Now this is not Lewis’ first live action adaptation from his work. In fact, it’s his fifth. Many are most familiar with the films “The Blind Side” with Sandra Bullock, “Moneyball” with Brad Pitt and Jonah Hill, and “The Big Short” with Ryan Gosling and Christian Bale. All 3 have starred A-list actors and have been nominated for various Academy Awards. The author’s other novels have also fared well in sales and in critical reception.

At a time where tensions are high within the US, the Netflix adaptation will no doubt make headlines for the millions of subscribers. Often times, when books are adapted for screens large or small, the novels from which they originate from do spark the attention for many as well. With Lewis’ expertise in writing and Hollywood, along with Obama’s background in the White House, this will be a hit among many viewers.