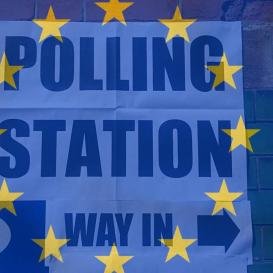 The Brexit campaign has edged ahead of of Bremain campaign according to an opinion poll by ICM today.

This news comes as the Association of the British Pharmaceutical Industry (ABPI) warned that a vote to leave the EU could mean that British patients would be at the back of the line for any new innovations in pharmaceutical treatments.

Larger pharmaceutical companies had already warned against a potential exit, and lawyers have previously warned that leaving the EU would leave some prescription medicines with an undefined regulatory status.

ABPI Chief Executive, Mike Thomson, said that leaving the EU would mean all new medicines would have to be licensed through a UK agency as well as the European Medicines Agency that licenses medicines throughout Europe, including the UK, at the moment. Because of smaller patient numbers within the UK, pharmaceutical companies have warned that obtaining a European license would take priority over obtaining a UK license, leaving British patients waiting for medicines already available in Europe.

Prime Minister David Cameron also warned today there could be greater threats to the UK if the vote was to leave. Quoting Winston Churchill by saying, ‘isolationism has never served this country well”, he went on to warn that, “We see a newly belligerent Russia, the rise of the Daesh (Islamic State) network to our east and to our south the migration crisis – dealing with these requires unity of purpose in the West”

He continued, that leaving the EU “make cooperation more legally complex and make our access to vital information much slower”.

However, former London Mayor, Boris Johnson, who is campaigning for the UK to leave the EU rejected the argument saying, “I don’t think the prime minister can seriously believe that leaving the EU would trigger war on the European continent, given that he was prepared only a few months ago to urge that people should vote leave if they failed to get a substantially reformed European Union.”

The UK is set to vote on its continuing membership of the EU in the polls on 23rd June. Applications for postal votes close at 5pm 11 days before the referendum and the application form can be found on the Gov.UK website here.