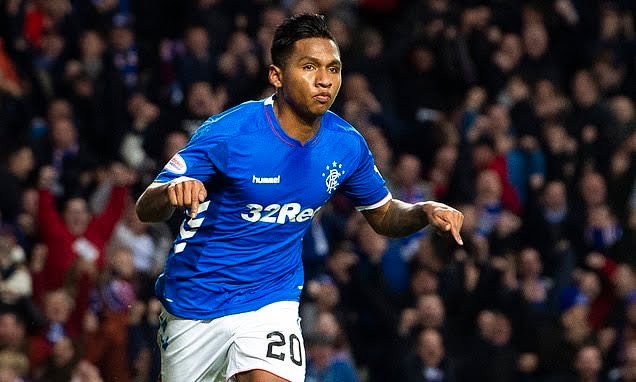 With most of Europe’s top leagues taking a short winter break, this weekend’s must see matches are all based in the UK. The early kick-off is a huge game in Scotland, with Rangers hosting Celtic in the 414th Old Firm Derby. In the Premier League we take a look at the leaders Liverpool who host Arsenal, whilst at the other end of the table two of the bottom three meet in a critical six-pointer. There are some big games in England’s lower leagues too.

This will be the biggest Old Firm Derby since Rangers’ returned to the Scottish Premiership in 2016. Celtic have won the last seven league titles, all fairly comfortably, but now find themselves in a real battle for this year’s top spot. The reigning champions have not had as dominant a season as usual, where they have drawn and lost three of their opening 19 games. This has allowed both Rangers and Kilmarnock to keep pace with Celtic and has given us a title race that quite frankly Scotland has been desperate for. A win for the home side on Saturday would put them level on points with their rivals as we enter the final third of the season. However, a win for the Bhoys, which would stretch their unbeaten run against Rangers to 13 games, would see them create at least a four-point gap to second place (depending on Kilmarnock’s result). This fixture always delivers and the passion from the fans is second to none. However, I feel like if Steven Gerrard really wants to leave his mark with the Rangers faithful he will need to lead the Gers to the league title, achieving victory against their biggest rivals on the way.

Fulham v Huddersfield, AKA 19th v 20th. Both sides are more than a win away from safety in the Premier League as we pass the halfway stage of the season. Fulham are without a win since Claudio Ranieri’s first game in charge, some seven games ago. The Terriers are not in good form either, having lost their last six league matches. In the reverse fixture, Huddersfield won a tight affair 1-0 and I believe one goal will be enough to win this game again as, even though Fulham have the worst defensive record with 43 conceded, Huddersfield have only scored 12 times, the lowest in the league. This is a huge few weeks for David Wagner’s side if they wish to remain in England’s top flight as they face the three sides directly above them, Fulham (A), Burnley (H) and Cardiff (A). They HAVE to win at least one of these games if they have any desires to play in the Premier League for a third successive season. For Fulham it is a case of solidifying their defence, as they have enough attacking quality to avoid relegation. Big game at Craven Cottage then.

A game that could have key impacts at either end of the League 2 table come the end of the season. These sides have very different aims; Bury have dreams of playing in League One, whilst Notts County just want to be playing league football next season. County are dead last and four points away from safety. They have only won once in their last 14 league games and in that run manager Harry Kewell got sacked. Now Neal Ardley has the reigns, County’s third manager of the season already, but the form has not improved. Bury on the other hand are having a very successful season. They lie 5th in the table, right in the midst of a battle for the play-offs and are only one point outside the automatic promotion places. With just six points separating MK Dons in 2nd (automatic promotion spot) and Tranmere Rovers in 8th (outside play-offs) the run in for promotion promises to be a tight one in England’s fourth tier. When Bury hosted Notts County back in October the home side cruised to a 4-0 victory. That scoreline could very much be on the cards again as Notts County have the worst defensive record in the league, whilst Bury are the highest scorers.

Wrexham host Solihull Moors in what is another big game at the top of the National League. In midweek the Dragons smashed Salford City 5-1 to overtake them into second place. The Moors also had a productive game on Wednesday, coming out 4-0 victors away at Chesterfield to climb up to 4th. This meeting between Solihull and Wrexham is important for both sides as only first place gets automatic promotion from the National League, 2nd through to 7th have to go through the play-offs. The home side are currently three points behind leaders Leyton Orient, but with Orient’s form dipping in and out in recent weeks, it is giving the chasing pack a chance to land that top spot. The Moors are not a million miles away either. They are six points behind 1st but have a game in hand, so a win on Saturday could really put them in the race for the title. Defeat however and Solihull will be sucked back into the battle for play-off places, with just four points separating them and Sutton United, who are outside the top 7. Wrexham have only conceded 15 goals this season, and only 7 at home, leaving them with the best defensive record. They also have the best home record in the league, where Leyton Orient are the only team to come away from the Racecourse Ground with all three points. The visitors did win the reverse leg however, so this could be a tight one.

Six points clear at the top of the Premier League. 43 goals scored. Only SEVEN conceded. What a season Liverpool are having, but they haven’t won anything yet. We are at the midway point of the campaign, and with 19 games left it is Liverpool’s to lose. Arsenal are finding their feet under new boss Unai Emery, they currently stand 5th in the table at this halfway stage. The Gunners are playing lovely attacking football, league top scorer Pierre-Emerick Aubameyang is evidence of that, however Arsenal’s problem lies where it has for the last 15 years, their defence. As soon as they are put under any sort of pressure they struggle and that is why the Gunners are not further up the table. For Liverpool, defence couldn’t be less of an issue, and that is down to two factors; Alisson and Van Dijk. It’s no secret the Reds have had some ‘debatable’ keepers in recent years but now, in Alisson, they have a world-class shot-stopper who will probably save them 10-12 points a season. It’s almost a year ago to the day that Liverpool announced Virgil Van Dijk would join them in January and I, amongst others, was shocked at the £75million price tag. 12 months later and that looks like an absolute steal. The way he is playing, I believe Van Dijk is one of the best centre-backs in the world right now. Commanding the defence, he has an air of confidence and calmness I haven’t seen in a player in some time. If Liverpool were to go and win the title, he may well be the player of the season. One fun fact I read recently was that In the last 10 years only twice has the team who were top at Christmas not won the league, that was Liverpool both times. I’m sure the Reds will be hoping third time’s the charm.