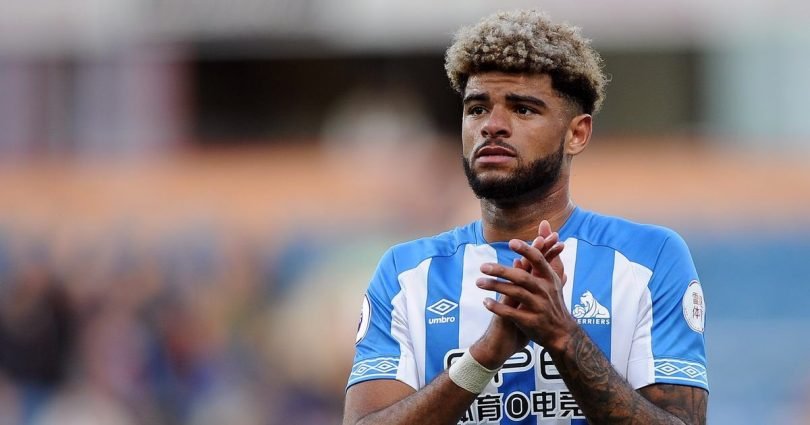 The first edition of ‘must see matches’ for 2019 is an all-British affair as we take a look at five games through England’s top four divisions. There is a battle for safety between two teams in the Premier League, whilst three of the other games feature sides in the lower leagues that all have aspirations of promotion. I’ll round off the article with a huge match-up between Tottenham and Manchester United.

There is a reason Huddersfield have featured in each of the last three ‘must see matches’ and that is because this is a crucial period in their season. David Wagner’s team face Manchester City, Everton, Chelsea and Arsenal in their next four fixtures so their Christmas matchups, against sides in the bottom half, were of vital importance. After defeats against Southampton, Fulham and Burnley however, three teams who were directly ahead of them when they met, they now sit a worrying eight points adrift from safety. If the Terriers lose in Wales on Saturday, against yet another relegation rival, I believe they are as good as down. The odds are with Neil Warnock’s side too after good away results (a draw at Crystal Palace and a win at Leicester) in the last few weeks saw them climb out of the relegation zone. With these two being amongst the lowest scorers in the league, one goal could be enough to win this one. The reverse fixture back in August was perhaps an insight on things to come as Huddersfield and Cardiff played out a dull 0-0 draw.

With the race for promotion as tight as it has ever been in the Championship this season every game matters. And when teams in that race face each other defeat is not an option. West Brom and Norwich are separated by just three points going into matchday 27, however those three points go from automatic promotion to play-off spot. The Baggies are only two points behind leaders Leeds as well so, as we enter the second half of the season, all is to play for. The home side have lost just once in their last ten league matches, that was however their last game away at Blackburn. Darren Moore’s side are looking to bounce back into the Premier League at the first time of asking and, after a slow start, they have found their feet in the Championship. The Baggies also boast two of the league’s top goal scorers in Jay Rodriguez and Dwight Gayle (both on 13 goals). The Canaries haven’t won in three but still find themselves in 2nd place as they continue to defy the odds and stay in the promotion hunt despite not being one the pre-tournament favourites. If there is one thing this game promises, it’s goals. West Brom are the highest scorers in the league, whilst Norwich are third on that list. Both have conceded 34 goals too. If the fixture earlier in the season between these two is anything to go by (West Brom won a seven goal thriller) than this match is a must-watch.

As we go past the halfway stage in the League One season both these teams can be very happy with the progress they are making. Just 12 months ago Sunderland and Luton were separated by two divisions but now they share the same goal; promotion to the Championship. For the Black Cats a promotion-chasing campaign is a welcoming one, after back-to-back relegations. Luton are also looking to play in a third division in three years, however that is because they are aiming for back-to-back promotions. Such success has seen manager Nathan Jones leave the Hatters for Stoke of the Championship. How will Luton fair without the man who has lead them to 2nd place in League One? They haven’t lost in the league since the beginning of October, but now Jones has gone will they start to fall down the table, or will they continue to surge? Sunderland are one point and one place behind their visitors, they do however have a game in hand. Both know they need a win to keep within arms’ length of Portsmouth, who are stretching their lead at the top week by week.

Two sides who were relegated from League One last season face each other in a huge game at the top of England’s fourth tier. I feel this is more of a must-win for Bury however as they’ve played two more games than the Dons, who are above them in 2nd, and Mansfield who are bellow them by just one point. Defeat could leave Bury back in the thick of the play-offs. They have won six of their last ten fixtures and brag the best home record in the league. The visitors have won five of their last ten, including a thumping 6-0 victory over Cambridge United last time out. The Dons won the reverse fixture 1-0 back in matchday 2 and have only conceded 19 goals this season, meaning they have the best defence in the league. On the other hand Bury are the highest scorers in League Two, so something’s got to give!

A massive game for Ole Gunnar Solskjær. So far, since the Norwegian has taken the reigns at Old Trafford, it’s felt very honeymoon period-y. With five wins out of five in all competitions, 16 goals scored, just 3 conceded and Pogba and co. back to their best it seems like the dreadful Mourinho days are long gone. BUT you must admit the fixtures have been in Solskjær’s favour so now they face a very impressive Tottenham side, who beat them 3-0 earlier in the season. I believe we will get a clear indication as to where Man United really are at under OGS. If they go to Wembley on Sunday, play the attractive, attacking football they have been playing and get a result, United can be put back into top 4 contention. However, if Spurs play the way they have been all season and brush United aside, that will reveal Solskjær’s side are still a way away from those illustrious Champions League places. Mauricio Pochettino’s side lost last time out at Wembley thanks to an incredible second-half comeback by Wolves and that was already their third defeat at ‘home’ this season. Luckily for Tottenham their away form has been impeccable, meaning they are still in the title race. Before Spurs’ away triumph back in August, the last seven times these teams have met in the league, the home side has prevailed. Expect an open, fluid game of football, filled with goals, between two sides who have world class attacks.