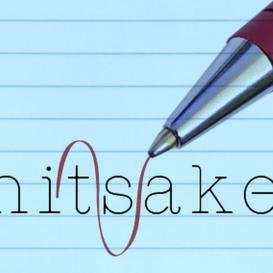 We all love it when the so-called experts make a cock up for want of a better phrase… however cringeworthy it is to watch. From TV broadcasters to actors to radio reporters, I’m sure it gives us a small boost to know they aren’t all perfect.

I’ve put together a small collection that tickled my fancy. If you can think of others, let us know in the comments below and we’ll try and get some more on the site. We all like a giggle out of the blue. It’s funny to hear and its funny to watch their colleagues trying to ignore what has been said.

What was he thinking?

Take Gabby Logan and Mark Lawrenson on Match Of The Day last week when Lawrenson accidently called Everton player Steven Pienaar, Penis…Well I say accidently…Lawro’s love of Liverpool is known throughout the land…

And speaking of red cards… The Harry Potter cast got shown a red card if they ruined a scene too many times with corpsing. It would cost them a fiver!

Fond memories of Alan Rickman there. The film world will be mourning his loss.

We also saw the loss of the David Bowie this week. Which was nothing to smile about unless you were listening to Fiona Winchester on Heart Radio reporting on the death of the Star Man. She happened to confuse him with David Cameron. I mean, how do you get that wrong? One is a much loved, respected, esteemed public figure who has left a great legacy for the people of the world – and the other is our Prime Minister.

Then last year the world waited with baited breath (Where’s the sarcasm button on this keyboard) to see who had won Miss Universe. The announcer couldn’t wait to tell us. He was so excited he read out the wrong name. Embarrassing.
If you think the Miss Universe title is a load of hot air, here’s some more air involving a farting reporter on the morning sofa.

While Susannah Reid lost it completely there, she isn’t the only one it has happened to. This news anchor went the same way over a cute pussy!

But what could be better than a corpsing presenter? Well, two actually. So I’ll leave you with Fern and Phil and their best bits.

Which goes to show everyone is human… and sometimes we have a very puerile sense of humour. Thank goodness!

What are your favourite on-air bloopers? Let us know in the comments below!