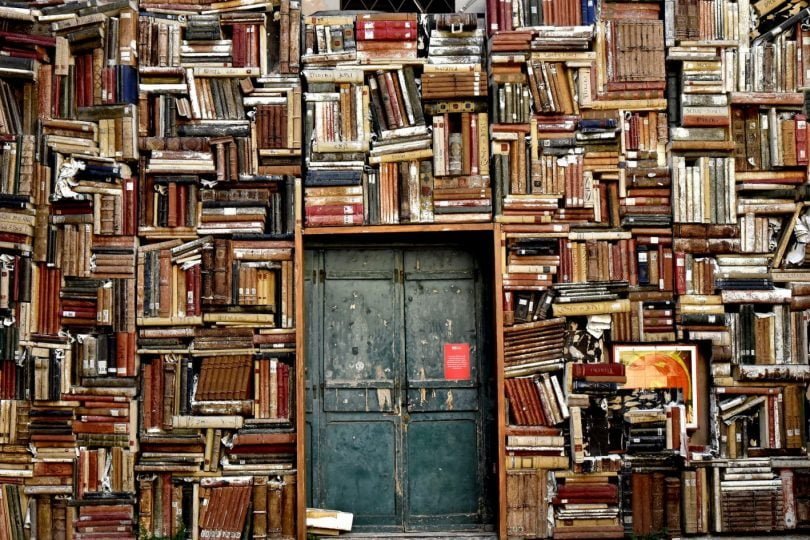 I’m a massive book-worm so here’s a list of my favourite non-fiction books, in no particular order, that you should also give a read!

Being a descendant from the Vikings is a huge part of my life at the moment, and I love learning anything about them and what they were like. This book is such a treasure trove of information on what the Vikings wore, from the rich to the poor, and is based on findings from archeological digs across the world. It’s super interesting and is a must for anyone into history and fashion – or just the TV show Vikings!

A Slip of the Keyboard: Collected Non-fiction by Terry Pratchett

Terry Pratchett is the godfather of fantasy novels, but no-one really knows about his non-fiction writing. This book is a collection of those non-fiction writings which are mainly anecdotal and autobiographical. It is a great book for anyone who loves his books and wants to know a little bit more about his life in a humorous way.

Neon Angel: A Memoir of a Runaway by Cherie Currie

Not only am I a huge history and fantasy books nerd, but I also love a bit of rock music now and again, and The Runaways are always on my playlist. The teenage band was massive all throughout the 70’s and notorious for their antics, including hardcore drugs and sex. Neon Angel: A Memoir of a Runaway is written by the band's lead singer and retells their highs and lows and eventual break up. It really is a fantastic read full of sex, drugs and rock n roll – literally!

Being a history nerd, as a child I was very interested in quite a few areas of history including the Second World War. I was enamoured by Anne Frank in particular and her story as such a young girl in a concentration camp and for her story to survive all these years was inspiring. Although dated and childish in some ways, reading her diary gives the reader a vivid insight into the experiences of Jewish people during the Second World War.

How To Be A Woman by Caitlin Moran

As a teenager in school, I was introduced to the fantastic author and journalist that is Caitlin Moran, by my English teacher. Hearing a snippet from How To Be a Woman in class and the hilarity of Caitlin’s writing, I immediately picked up my own copy and devoured it within a day. How To Be a Woman is a memoir of Caitlin’s life and the little struggles and questions she had about her life so far from why women shave their body hair, to many faux-pas at her wedding, as well as her life as a teenage music journalist. Cracking read.

Although Caitlin Moran is hilarious in her memoir, her book Moranthology is even more hilarious. Moranthology is Moran’s take on politics and world issues alongside anecdotes about her career. Is there anything she can’t make funny or less boring? I think not.

Girls Will Be Girls by Emer O’Toole

Girls Will Be Girls is most likely the best sociological-driven book you will ever read. Mer recounts her life as a child growing up in Ireland, playing around with how fluid gender can really be, with some questionable results. However, this book also makes you think about gender as a whole and how fickle society can be when it comes to what is between your legs.

Anyone who has watched Great British Bake Off (and who hasn’t?!) will know of the gem on British television that is Sue Perkins – and she’s written a memoir! Its full of jokes and anecdotes between her and co-presenter of GBBO Mel Giedroyc. From their humble yet hilarious beginnings as stand-up comediennes from Oxford, to where they are now. Trust me, you will not stop giggling to yourself reading this one!

Why We Should All Be Feminists by Chimanda Ngozi Adichie

Chimanda Ngozi Adichie is a Nigerian author who is well-known by many if you did English GCSE or A-Level, as she wrote Purple Hibiscus. She is a fantastic author in not only fiction, but non-fiction too. Her essay “Why We Should All Be Feminists” looks at masculinity critically and assesses feminism in the 21st century and what should change in society. It does not try to berate and alienate men but rather look at how society must change if we are to truly be equal. It is a great essay that I suggest everyone should read!

The Monk Who Sold HIs Ferrari by Robin Sharma

The last book on my list is more of a self-help book but is still a fascinating and engaging book nonetheless. It tells of a parable about a very famous lawyer who gives everything up to find the true meaning of how to be happy; and returns to his also-lawyer best friend to divulge what he has learned. This book really helped me focus on what I can do in my life to really make me happy and spend less time on superficial everyday worries. Great book for anyone feeling like they’re in a bit of a slump or need a book to escape for a while as it is beautifully written.