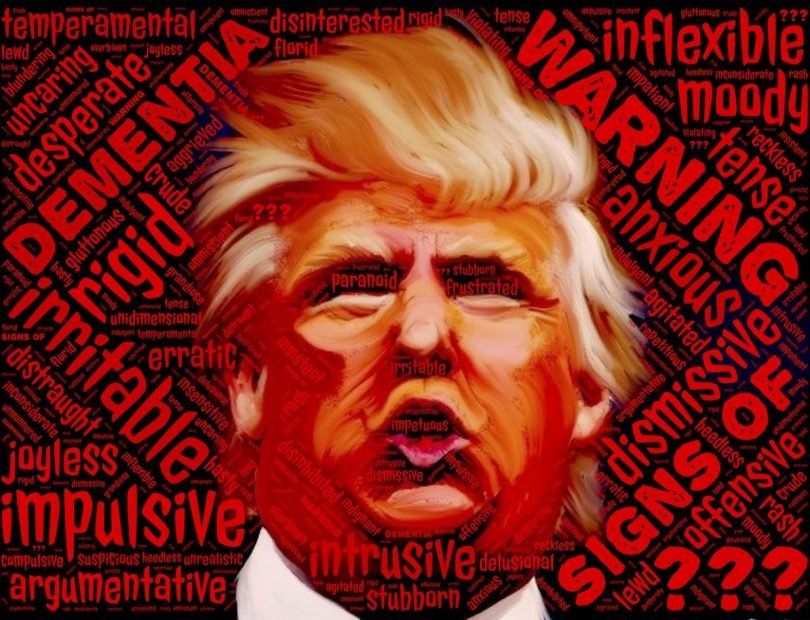 Fire and fury. Fire and fury like the world has never seen. Ironic, to hear that from Trump on behalf of America. Because you could so easily imagine Kim Jong-il’s puppet from Team America coming out with such a bogus aggressive rhetoric.

To give an idea of the general public's response, here is an illustration of the online community's response. It's not a very impartial one. It's all lazily lifted from one site, and probably, one type of person.

“Ding Dong Loon is at it again I see. The Donald will decimate him.”

“There are two Kims that give me nightmares. Kim Jong-un and Kim Kardashian.”

“Fat boy and his regime have got to go. The liberals won’t understand until a DPRK missile lands on Los Angeles and takes out a coffee house.”

“I say let everybody else annihilate each other, then we pick up the pieces, perfect. Britannia rules the waves again.”

This last one is my favourite. Nuclear war could take Britain back to its glory days.

“You couldn’t write this stuff” is a phrase that has been levied towards Trump’s antics so many times over the past couple of years. John Cleese disagrees. Recounting a story of someone asking him if Monty Python could have written all this Trump malarkey, he quipped that they could have. No one would have bought it though, he went on to say, it was too ridiculous. It is too ridiculous. Two years ago, when he announced he would run, it was funny. Later on, when he announced he would build a wall, it was funny.

It got progressively less funny. As Trump edged ever so closer to becoming the Republican candidate, the reality that a major political party in America could select a gobshite reality TV star as their man began to dawn. But it was still funny. Trump was still a caricature. Similar to the way Kim Jong-il in Team America is a caricature. As a marionette he poses no threat.

As it became apparent the election would not be a clear victory for the Clinton camp, the levity of the situation began to fade. The realisation that a huge amount of people in America would prefer the live tweeting, egotistical Trump to the admittedly controversial, but reasonably competent Clinton was a mindfuck. Although, many people said a similar thing about Teresa May, and that election campaign suggested she is anything but.

But still, Clinton was always going to win it. And then she didn’t. It wasn’t very funny after that. The travel ban wasn’t very funny. Nor was his continuing insistence that he would build the wall, and Mexico would pay for it. His request that the president of Mexico cease saying his country wouldn’t fund Trump’s wall was quite funny. It sounded like a spoilt kid in a playground demanding a toy from another child, and throwing a massive tantrum when he didn’t get it. Then, still snivelling and with tears still streaming down his cheeks he changes tact and asks nicely. However, the kid with the toy isn’t listening by this point. Finally, banning transgender people from the military because they caused “disruption” wasn’t very funny at all.

Trump has fast become a living embodiment of what was an amusing caricature. Imagine that buck toothed, bulging eyed drawing of you, that you paid some talented fellow a couple of euros to create on the beach during some exotic summer holiday excursion becoming the reality. Caricatures are fictional, and amusing because of it. The reality is less so.