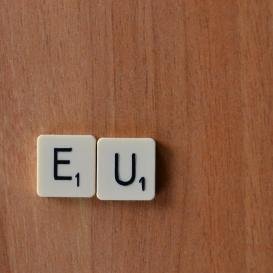 Okay the debate has started. In, out, shake it all about…who knows where we will end up come the end of June. And yes, don’t get me wrong it is a pretty serious matter this European Union. But I know already that some top political journalists are already fed up of the whole debate. The arguments are flying in thick and fast – “It’s good for business, bad for farmers…bad for business, good for farmers”. Who are we supposed to believe? I’m not here to put any arguments forward one way or another…I’m here to let you know what EU stands for when, by the end of the night, you are tired of listening to the peeps in suits telling you what it is all about. Read on.

EU is a prefix meaning ‘pleasant, well and good’. And so we have it. Euphemism, the use of a pleasant word, instead of a more offensive one. Euphony, meaning a pleasant sound and, eulogy, words of praise. But not everyone thinks the EU is pleasant otherwise we wouldn’t all be at each other’s throats debating it in pubs and kitchens up and down the country. So why not throw a little frivolity into the argument. You can stand loud, proud and use any of the following representations, if you think it might move the debate along.

Er, no it’s not. In a poll taken recently for Radio 1 a high percentage of teenagers didn’t even know what a referendum was. Don’t ask me to find the stats, I think the BBC must have been so embarrassed by the result that they pulled them. That, or someone posted it as a joke. Please let this be the reason.

Again, I doubt this. I think Cameron sees it as a must do, a promise he gave during the election that he might consider keeping. Yes, he was quick off the mark, but only because it won’t give the Brexit crew a chance to get a bandwagon rolling. Brexit – what a ridiculous word! Did we call it the Brentrance when we joined? No, we did not.

When these two lunatics agree on something, you can be pretty certain it’s an absolutely terrible idea. #Brexit pic.twitter.com/dsr3luNDCd

Believe that and you’ll believe anything!

You think Boris wants out of the European Union? No, Boris wants to get a bite at the cherry that he thinks is number 10, and here is his chance. Never let it be said that Boris misses an opportunity. Who can forget the zip slide moment?

Hurrah! Finally nothing to do with the EU… unless you think of Boris, dangling there in the background…

If you’re view on the #EUreferendum depends on what this buffoon thinks, you’re a part of the problem! pic.twitter.com/0YSYqdJnCu

Well when I say unelected, I mean we don’t directly elect these European Commission rule makers do we?

“We must leave the undemocratic EU so we are not governed by unelected representatives.”#bbcqt #EUreferendum pic.twitter.com/p64GXaubgL

These referendums don’t come cheap. The Alternative Vote and the Scottish Independence ones ran into millions.

Okay, I’m using poetic licence here, but as politicians like to bring on the big guns, I’m bringing in Rhianna to bring a bit of sunshine (pardon the irony) and glitz to the EU debate. After all we all know deep down it needs some.