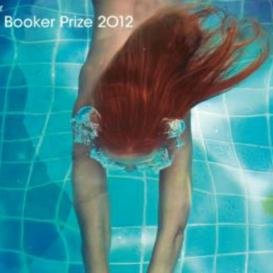 Having read Deborah Levy’s Swimming Home, which was shortlisted for the 2012 Man Booker prize, as part of my ‘Writing for Public Relations’ module in my first year of university and decided to give it another shot following recent media coverage.

2014 has dealt with some hard-hitting stories. If you look at the coverage for mental illness, it is no longer a topic that can be shunned. The Robin Williams coverage was definitely the most high-profile example. He was a celebrity who was loved by the world and the shock of his death still stings.Williams’ apparent suicide focuses attention on the challenges of treating depression and other psychological disorders, even among those who have access to money and professional help.

Deborah Levy’s portrayal of depression is a poignant reminder of how even the fortunate suffer from this mental illness. Levy accentuates how people suffering from such an illness attempt to hide their secret from themselves and their partner and suspense throughout engages the reader , ending with a distressing finale.

Not a holiday anecdote

Set in the South-East of France, poet Joseph ‘Joe’ Jacobs and his family arrive at their villa in Nice to stay with their friends during the summer of 1994. In the villa’s pool is a floating body, which Joe immediately interprets as a bear. It is, in fact, Kitty Finch, the catalyst for this book. She slithers out of the pool naked, and Levy highlights Kitty’s stunning features by referring her to a doll, “her long thighs were joined to the jutting hinges of her hips like the legs of dolls”. The fact that she appears physically fragile also reflects her state of mind; Kitty Finch has stopped taking anti-depressants. As a consequence, she is psychologically turbulent too.

Despite the novel being based in France, it is far from the usual passionate holiday anecdote. Levy weaves the issue of a broken marriage into the plot through Joe’s mysterious wife Isabel, which may seem a prevalent theme, except Levy’s outlook is quite disturbing. She flits between the perspectives of Joe and Isabel to expose their views on their broken marriage. Isabel, who has been cuckolded by her husband, abandons her family to become a war correspondent. Their teenage daughter Nina, the novel’s protagonist, recalls the bleak experience of growing up in London.

The sexual tension between Joe and Kitty is apparent from the first chapter. Joe Jacobs’s not only shares his love of poetry with Kitty, they also possess a past of depression. His most famous poem is about his own treatment for depression. He explains how his teenage years had been `tranquillised into a one-season pharmaceutical mist’ after a teenage experiment with a razor blade which doctors viewed as an outlandish action. Kitty is infatuated with the idea that she has a unique connection with Joe and believes his poetry is a conversation with her: “Joe’s poetry is more like a conversation with me than anything else… we are in nerve-contact”.

However, the novel itself does not provide so much a plot or series of exciting events. The focus is much more on the visionary language. Levy attaches the metaphor of a bear to Joe Jacobs to elucidate his desperation to try and reconnect with his family and most importantly, his wife. Levy describes how `he would poke his paw inside every hollow of every tree to scoop up the honeycomb and lay it at her feet if he thought she might stay a little longer with him and their cub’.

Swimming Home touches upon some brutal themes within several Freudian dimensions, such as the unconscious mind, dreams and death drive. Levy engrosses the reader with the intricate details in her attentive writing. It is not a light-hearted read, and it will certainly raise some serious questions and emotions.