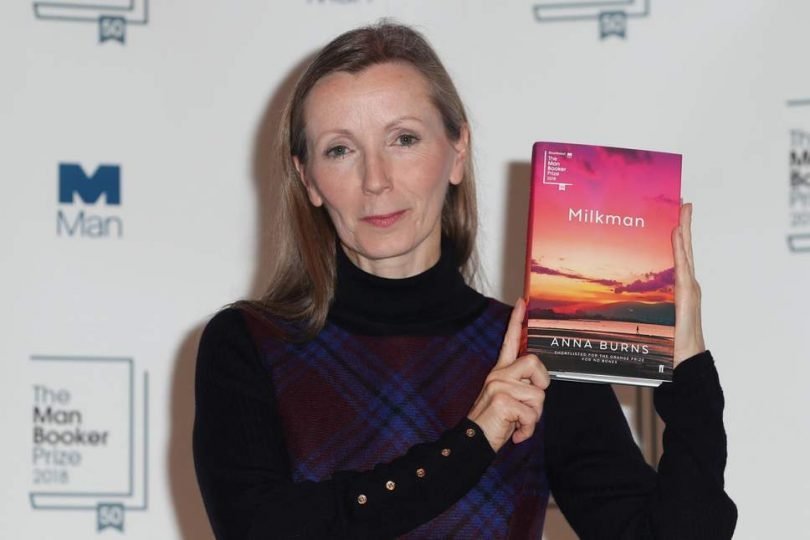 Let’s give a big round of applause and a heartfelt congratulations to Anna Burns for her novel “Milkman.” She’s this year’s grand prize winner of the Man Booker Prize. She also is the first Northern Irish author to obtain the award. Now how does Ms. Burns plan to spend her winnings and celebrate? “I’ll clear my debts and live on what’s left,” she told the press.

We’re halfway through the month of October, and is the time of the year where many look forward to Halloween or celebrations that come with the month. However, we novel enthusiasts eagerly await to hear the winner of the literary prize and honor. Our “to be read lists” also continue to grow as we add the list of book nominees to our queue. What is the Man Booker Prize you ask? Well, let’s expand your knowledge and dive right in!

What is the Man Booker Prize?

To start off, The Man Booker Prize is a literary award that is presented to the author of the “best novel of the year written in English and published in the United Kingdom.” That quote, in a more simple fashion, has been the deciding factor for winner every year since its founding. The grand prize for the victorious author is £50,000.

However, a follow up shortlist of 6 authors also obtain the prize of £2,500. Regardless of the difference of the monetary gain, all 7 authors are guaranteed an international readership and a substantial amount of sales, increasing the books popularity and financial gain for the authors and publishers.

We’re watching the #Manbooker prize live from @BBCNews.
How do you rate the shortlist? https://t.co/CKFEUFpnZB pic.twitter.com/EBRxhuxfQF

Now, how is the winner decided? Through an annual interchangeable panel of judges. The backgrounds of these judges vary from writers, poets, critics, academics, and surprisingly politicians and actors. It’s an opportunity to involve many different professions that can come together to support the honored work of authors. This year’s list of judges included The Chair Kwame Anthony Appiah, Val McDermid, Jaqueline Rose, and Leanne Shapton.

More recently in 2005, The Man Booker International Prize was founded to provide an opportunity for authors to be recognized whose work had been initially published in different languages, and later sold and translated in English. As a result, this provides authors from around the globe a chance to receive this privilege.

And the winner is…

Anna Burns has beat out five other strong authors in this year’s edition of the Man Booker Prize. Her book, Milkman, ultimately won the prize when pitted against Richard Powers’s The Overstory, Esi Edugyan’s Washington Black, Rachel Kushner’s The Mars Room, Robin Robertson’s The Long Take, and Daisy Johnson’s Everything Under.

Congratulations to Anna Burns on becoming the first Northern Irish writer to win the renowned Man Booker Prize for her novel Milkman and the first female winner of the prize since 2013 #ManBooker #WomenWriters https://t.co/m1Xihoq0dD pic.twitter.com/6uPcOePPgt

Burns has become the first-ever Northern Irish author to be awarded the Man Booker Prize. She’s also the seventeenth woman to win the award. This is Burn’s third full-length novel and it has sparked a lot of praise, especially in Northern Irish media.

Presenting the winner of the 2018 Man Booker prize, Milkman by Anna Burns! An immersive, challenging and utterly distinctive book set against the backdrop of Northen Ireland’s troubles. Pick up your copy of this phenomenal book today! #ManBooker18 #manbooker #waterstones pic.twitter.com/hBRcNANEsB

Published on May 15, 2018, by Faber and Faber, Milkman takes place in an unnamed city during the 1990s. It tells the story of a protagonist that is never named, known as “Middle Sister,” who is trying to hide her relationship with the milkman from her mother and peers.

It is a story of dealing with rumors in a small town, navigating social pressures, and living through tight-knit-community politics. But most importantly, Milkman explores what can happen to a young woman who is coming of age in a city at way.

The novel has been very well received by critics, which explains the monumental victory it accomplished on October 16. The Telegraph called it “viciously funny,” and praised the author for being able “to paint a colorful social scene.” On the other side of the Irish Sea, the Irish Times wrote that the author had created a story that is “an impressive, wordy, often funny book [that] confirms Anna Burns as one of our rising literary stars.”