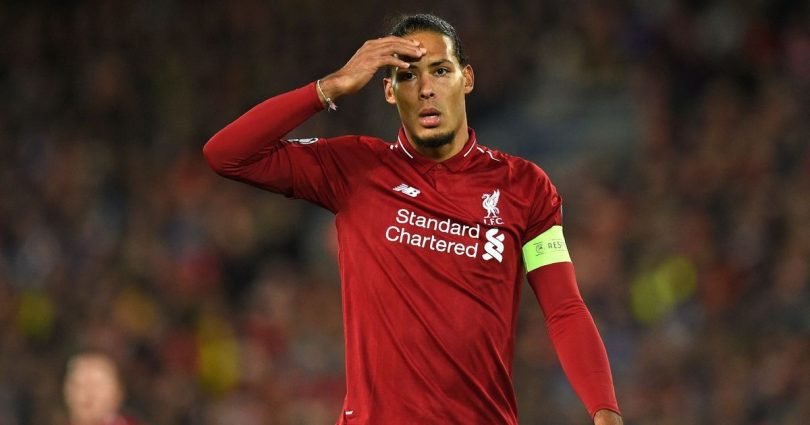 Bonus edition of ‘must see matches’ this week (you lot are a lucky bunch) and it’s an absolute belter. Champions League football this time, best of the best and all to play for as we enter matchday 6. These are the five games I think are key in deciding who progresses through to the knockout stages.

You do not want to miss this one. Tottenham travel to Spain knowing they must win (or match Inter Milan’s result) to progress. The fact that Milan have PSV at home probably means Spurs will have to win at the Camp Nou, easy right? These two played out a six-goal thriller back in October, with Barca coming out on top 4-2, but now the Catalan club have won group B perhaps concentration will not be at its highest, giving Spurs a fighting chance to really earn their place in the knockout stages. The North London club claim they are a top team and they should be mentioned amongst the elite, now is their chance to prove that point. Go to Barcelona and win this crucial group match, something no other team has done in the Champions League since October 2009, and Spurs will finally make their mark.

What a night this will be at Anfield, Liverpool v Napoli, winner takes all. The Reds had qualification in their hands before a disappointing night in Paris followed a shock defeat in Belgrade. Now they face a Napoli side who know they just need to avoid defeat to see them progress. Liverpool know they have to win, and I think because of that we will get a polar opposite match to the tight affair we saw in Naples. Instead we will witness an open game of football that will have a Cup Final feel to it. When you’ve got quality like Salah, Firmino and Mane as well as Mertens, Callejon and Insigne, goals are almost guaranteed. Furthermore, Napoli are the top scorers in Serie A, whilst Liverpool are second highest scorers in the Premier League. With both coming off the back of 4-0 victories on the weekend too, this game is going to be impossible to call.

Red Star have been a hard one to judge in this season’s Champions League. They’ve gone from drawing with Napoli and beating Liverpool, to shipping six in Paris, four on Merseyside and three in Naples. Now they find themselves going into the last game with a chance of Europa League qualification. PSG haven’t been short of entertaining either, scoring thirteen goals in their five games and have a strike force in Neymar and Mbappe that would frighten any defence. Paris’ fate is in their own hands, knowing a win would seal their spot in the next round. Red Star will have to win, and hope Liverpool lose, to cement that third spot. All to play for in Belgrade!

With these two already guaranteed a place in the knockout stages, this clash in Amsterdam is for top spot in group E. Ajax came away from the Allianz Arena on matchday 2 with a point, and a deserved one at that, so will feel like they can go that next step and beat Munich on Wednesday. Bayern however know if they can just avoid defeat they will win the group. Ajax are in wonderful form too winning their last nine league games, scoring 35 goals in the process. Munich on the other hand are not enjoying the dominant season that would usually be expected of them, they find themselves third in the Bundesliga, nine points off first placed Borussia Dortmund.

A dual in Donetsk to decide second place. Lyon need to avoid defeat, which is what they’ve done in their previous five group matches, to join Manchester City in progressing through group F. Shakhtar must beat their French rivals to grab that second place, but know if they lose it could leave them vulnerable to Hoffenheim who are after third place, AKA the Europa League qualification spot. The reverse fixture was a fascinating one, where the hosts scored twice in three second half minutes to snatch a draw. Expect goals too, neither of these teams have a good defensive record, conceding a combined 25 goals in their group games this season.