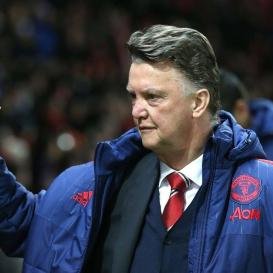 Despite a recent turn in form, Manchester United still find themselves off the pace. 12 points behind leaders Leicester is not where fans of the club expect to be at this stage of the campaign. The main question on fans lips is “What’s gone wrong at Manchester United?”

Louis Van Gaal is a highly decorated and successful football manager and player. Van Gaal has managed the likes of Bayern Munich, Barcelona and the Netherlands national team. LVG finished his playing career at AZ Alkmaar where he was assistant manager for three years, between 1989 and 1991 before he eventually took up the managerial reins

Since then, LVG has twice managed Barcelona and the Netherlands national team, along with German giants Bayern Munich, won 3 titles with Ajax in 6 years, along with 2 Champions’ League cups and 1 Dutch cup, and now he finds himself at Manchester United. After the departure of Sir Alex Ferguson in 2013, and the unsuccessful and incredibly short reign of David Moyes, Louis Van Gaal was expected to reignite the explosive form the Red Devils had enjoyed for years at Old Trafford. However, Manchester United recently found themselves being booed off the pitch and recovering from a 1-0 defeat to Southampton.

LVG has spent £205m since arriving at Old Trafford, bringing in the likes of young starlets, Anthony Martial, Luke Shaw, and Memphis Depay, along with veteran midfielder Bastian Schweinsteiger. However, Van Gaal has also had a clear out at Old Trafford, letting Nani, Shinji Kagawa and Javier Hernandez go. The latter two, both to the Bundesliga where Chicharito has scored a staggering 19 goals in 22 appearances for Bayer Leverkusen this season.

One transfer that has been heavily questioned, was the transfer of Anthony Martial from AS Monaco to Manchester United in the summer transfer window of 2015, which initially cost the Red Devils £36m. It has even been reported last week that this would likely rise to £60m, if Martial ever reached certain achievements while at United. All of this money for 8 goals in 27 total appearances, to date. Although it could be argued that the price was hiked because of the competition United faced, while also paying for a young striker with a bright future, it is still a lot of money, for a small return. It is also important to remember that United have been struggling for goals this season, unable to rely on just Rooney and Martial.

Part of Manchester United’s woes have been due to what some call ‘boring’ play and this is through a lack of scoring, while being relatively solid defensively. Manchester United have recorded seven 0-0 draws in all competitions this season, with two 1-1 draws and five 1-0 victories. The fact that United have lost potentially 35 points in their seven 0-0 draws with another potential six in their 1-1 draws, their league position could be very different to where they currently sit, 5th. Comparatively, Arsenal who sit third in the Premier league record only two matches that ended 0-0, two 1-1 draws and only three times have Arsenal won 1-0. So firstly, it’s clear that Arsenal have been far more clinical while also creating a wealth of chances this season, no small part to Mesut Ozil, while also not being able to be branded boring. The fact that United and LVG were booed off against Southampton, losing 1-0 to an 87th minute winner by Charlie Austin, really puts into perspective how bad a time Van Gaal is having at United, and needs his fortunes to turn around soon.

Hanging up his clipboard?

At the rather elderly age of 64, is it time for Louis Van Gaal to end his managing career, before it takes a potentially worse turn? One certainty must be that it cannot be long before the former Bayern Munich manager has to leave Old Trafford for good, be it by resignation or sacking. If the Dutchman’s fortunes improve, it’s possible he will be allowed to see out the remainder of his contract, which ends in 2017, but the United board may choose to move to appoint Ryan Giggs to his first full managerial appointment, or bring in Abramovic’s latest sacking, Jose Mourinho. There are 13 games remaining and Manchester United are only 12 points from 1st place, so it is not impossible that Manchester United may be able to achieve a place in the top 4. Even so, the coming weeks could point to the end of a rather illustrious career, both player and manager.