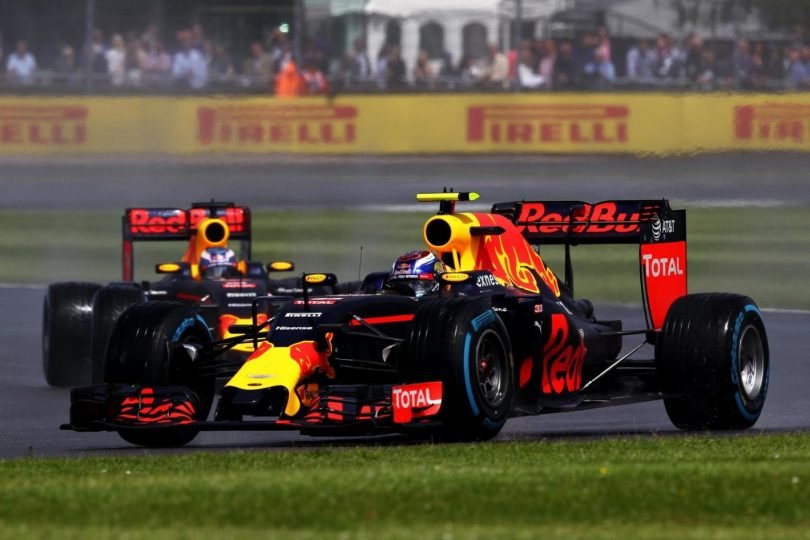 The teenager has come under heavy criticism this season by several drivers in response to Max Verstappen’s bold overtaking, and risky defending manoeuvres.

Verstappen has recently said “he won’t change” his driving style, as he continues to hunt down teammate Daniel Ricciardo in the Drivers World Championship.

This article takes a look at 3 defining moments this season, that have led to Max Verstappen been warned by the FIA.

Going into the Hungarian Grand Prix, Raikkonen had already built up his frustration in previous races for not being able to pass the ‘slower’ Verstappen.  So when Verstappen began to robustly defend his position late on in the race in Hungary, Raikkonen was quick to criticise the 18-year-old.

Raikkonen suffered a shock Q2 exit on the Saturday, so consequently the Finn’s more sustainable tyre strategy allowed him to catch Verstappen late on.

Eventually, when Raikkonen thought he has secured the move passed Verstappen on lap 57, the pair collided leaving Raikkonen fuming, suggesting Verstappen was “out of order”.

Raikkonen was in the DRS zone following turn two, and looked sure to overtake Verstappen, however, the Dutchman swerved into the path of Raikkonen, narrowly avoiding a penalty, and leaving the Ferrari driver with a damaged front wing.

“I did everything I could do to avoid any contact but once I decided to go somewhere you can’t just come there. It was good that I managed to somehow half miss him” reflected Raikkonen after the race.

This was the first point of the season where Verstappen’s driving was noticeably criticized, but not all thought it was bad, with many believing it was all part of ‘racing’.

As the Drivers lined up for the British Grand Prix, Verstappen had already gained a reputation for being one of, if not the boldest overtaker on the grid

So when Verstappen overtook Nico Rosberg in sensational style at Becketts, there were doubts in the minds of many as to if his overtake was too risky.

Red Bull team principal Christian Horner labelled his pass on Rosberg as ‘sensational’, as Verstappen went around the outside of the German at Becketts, which is not one of the zones F1 fans expect to see any overtaking action.

Although the pass was very tight and the cars were close to one another throughout the corner, Verstappen certainly took advantage of a slight lock up from Rosberg, and attacked the space that was left the by the German fantastically well.

The risks that Verstappen was taking within races seemed to be going one of two ways; either superbly well, or backfiring as he saw himself come under scrutiny. However, his move at Becketts will go down as one of the best ever as he earned a deserved second place finish.

3. Belgium: Rosberg vs Vettel vs Verstappen

Verstappen was under more criticism in Spa, as both Sebastian Vettel and Kimi Raikkonen did not approve of his track movement in the braking zones.

It was a sign of things to come following lap 1 in Belgium for Verstappen, as there was a three-way collision which Verstappen was caught up in and came under scrutiny for, possibly unfairly.

The sharp right-hander saw Raikkonen forced into a small gap between teammate Sebastian Vettel, and the charging Max Verstappen who attacked the inside line emphatically, which some saw as too risky. Sebastian Vettel later apologized to his teammate about the incident, suggesting the blame wasn’t too be attached to the under fire Verstappen.

After further viewing, there is a perfectly good case suggesting Verstappen wasn’t to blame, as the three simply came together due to a lack of track space, however, what was to follow in Spa contributed to Verstappen’s ‘gentle warning’ by the FIA.

Verstappen seemed to force Raikkonen off the track later in the race, as he left no room for the Finn consequently seeing Raikkonen having to drive on the gravel. Raikkonen was clearly angered by this and suggested Verstappen didn’t even attempt to turn and take the corner correctly, and give the Ferrari Veteran anywhere near enough room.

The two locked horns once again later on in Spa, as Verstappen once again veered in front on Raikkonen in a DRS zone, and also braked extremely sudden and late in a high-speed zone, narrowly avoiding another collision between the two

Raikkonen described Verstappen’s intentions as “his only aim is to push me off the circuit completely” as he furiously reacted to Verstappen’s controversial driving style, which ultimately could potentially cost him if he received any more warnings.