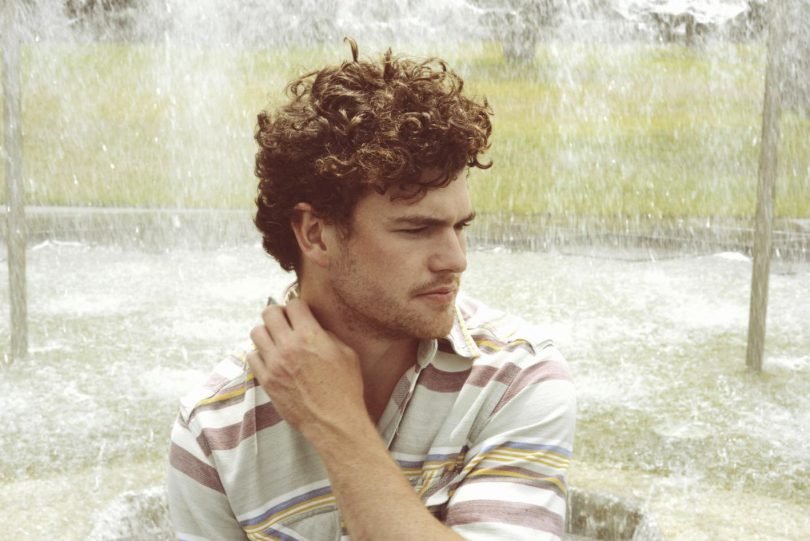 Written by themaxdog
Dream Your Life Away is the debut album from Australian singer-songwriter Vance Joy, and for a debut album it’s very good – a folk album with just enough pop influences to
Dream Your Life Away is the debut album from Australian singer-songwriter Vance Joy, and for a debut album it’s very good – a folk album with just enough pop influences to keep it current and interesting.
The album’s lead single ‘Riptide’ proved a chart success earlier in the year, reaching number 10 in the UK. However, this made me worry if the rest of the album would be able to live up to the single’s success. As it turns out though I needn’t have worried.
Dream Your Life Away is a strong album in its own right, and almost all of the songs are able to easily hold their own against ‘Riptide.’ In fact, this is a very well crafted album as all 13 tracks complement each other perfectly.
Showing off his melodies and lyrics
The whole album has a strong acoustic feel, with a good mix of songs. The upbeat and catchy refrains of ‘Winds of Change’ and ‘First Time’ are balanced by the more pop-oriented ‘Georgia’ and the slower ballads ‘Red Eye’ and ‘Wasted Time.’
The majority of the tracks are slow starters, gradually building up to a surprisingly catchy chorus. My personal favourites are the more laid-back songs like ‘From Afar’ and ‘My Kind Of Man’ which have a much more intimate and stripped-back feel with just the lyrics accompanied by an acoustic guitar. Vance’s voice definitely suits these songs more, and he is able to show off his melodies as well as his lyrics.
In particular, I love the originality of the lyrics. All of the songs were written by Vance himself, and he uses some unique turns of phrase while still managing to make you know exactly what he means. One of my favourite examples is in ‘Red Eye’ – “I’m a dog lying down on a warm bit of pavement.”
Of course, there are a few lyrics that don’t quite hit the target, like the rather weird line “you build me up like stairs” found in ‘Georgia,’ but it’s impossible to get it right every time. Despite this, the quirky originality of the lyrics firmly establish Vance Joy as a songwriter with a very promising future.
A hidden gem
On the other hand, one thing I would say is that a lot of the songs have pretty generic and commonplace titles. Although this isn’t a reflection on the music itself, it is a bit annoying and it’s a shame that the titles don’t all live up to the originality of the actual lyrics.
After all, a quick search for songs called ‘First Time’ brings up a long list of tracks by artists from Robin Beck to Lifehouse to the Jonas Brothers.
The album fits in well with its contemporaries, establishing similarities with artists such as Mumford and Sons, Newton Faulkner and Passenger. I’d certainly recommend the album to fans of these artists in particular, especially as I feel it’s been unfairly overlooked and has unfortunately slipped under the radar of many people.
Strangely this somehow freshens the sound yet quietly makes the lyrics seem more meaningful and the tunes more wistful. I think that Dream Your Life Away is a hidden gem and is definitely well worth a listen.
What do you think of Vance's debut album? Let us know in the comments below!