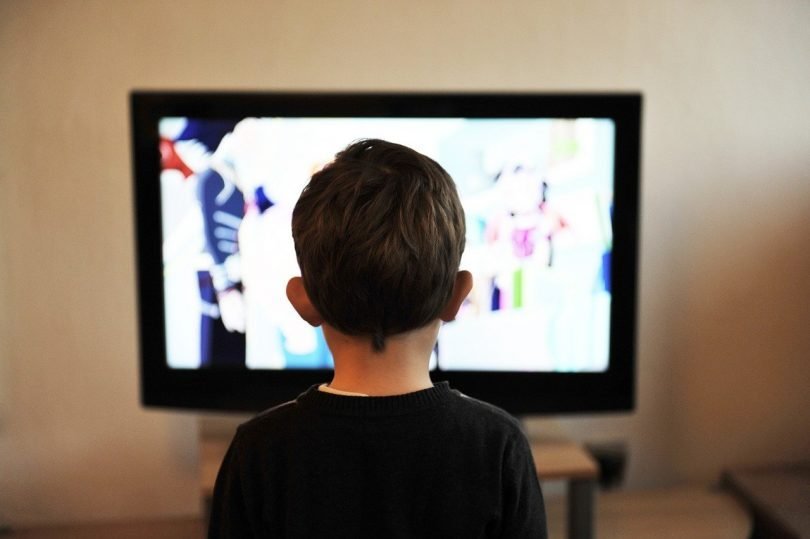 Now they’ve come for the television and I want to do something about it. But to be honest, I’m part of the problem. I enjoy having access to the internet. It means getting on with other stuff without having to miss your favourite programmes. You know it will be waiting somewhere for you online. You have control. And that’s definitely good…isn’t it?

However, your habits- perhaps you’re an avid schedule abider, or on the other end of the scale, you’ve long forgotten what a television set is- let’s take a look at some very interesting information.

As you can see, the number of television licences purchased constantly increases; this is because there are more houses being built and inhabited and also because even if people don’t own a television, they still need a licence to watch live TV online and, since 2016, iPlayer catch up.

The TV Licencing Company also suggest that 95% of UK households own a TV licence. Quite a lot of us then.

Nevertheless, streaming television content online is now commonplace; here’s a graph from the Broadcasters Audience Research Board website to prove just how popular it is.

Over the past four years (and more), more people have been turning to online services such as Netflix, Now TV and Amazon Instant Video to stream television programmes. “Death to the DVD box set!” is what people must cry as they effortlessly log in and don’t need to wait to not select audio navigation on their DVD remote.

I use Netflix. Correction, I use my sister’s Netflix (she lets me). It’s become a regular place to go when choosing something to watch. And this is what is apparently killing the television industry: choosing online viewing over turning on the telly. Although, let’s remember that Netflix and Amazon are just as much about the availability of films as they are TV content. So, as long as they’re bringing down the cinema industry too, that’s fine.

I’ve also tried Amazon Video and Now TV, and both were great. My reason for this was that certain content was not available anywhere else. With Amazon Video, I wanted to see what the new Top Gear, sorry, The Grand Tour, was like. And it was epic, to Ben-Hur proportions. These big multinational corporations can be seen to splash the cash far more than our humble little BBC. Now TV was used when my flatmate and I wanted to watch The Trip to Spain, and seeing as we don’t have Sky, this was the alternative. Now TV is owned by Sky, thus includes Sky’s broadcast content as part of its service, but is an individual platform designed for people who don’t already pay for television.

And that’s the thing: it’s extra. Amazon is extra. Netflix is too, although due to the abundance of films and series it offers, plus the comfortable brand image Netflix has online, there is a feeling that Netflix is becoming more of a necessity than an ‘extra’. Subscribers will understand the feeling of intense dedication that comes with binge-watching an entire series in as short an amount of time as possible, again creating the feeling of control over what one watches, and just as importantly, how. The only similar event on traditional television is the omnibus, something only usually reserved for soap operas, the viewers of which are often loyal enough to tune in during the original broadcast anyway.

Nevertheless, there is a downside to these online streaming services (excluding watching live on iPlayer), and it’s something that can never really succeed over watching TV as it’s broadcast: immediacy. They’ve tried with their original content, some of which has gone down extremely well with online audiences – the build up and reception to series such as Black Mirror, Orange Is The New Black and Stranger Things (all Netflix Originals) has helped create online fan bases which have filtered into everyday life, for example, clothing stores having exclusive show-themed merchandise.

Yet, how must it feel for the streaming-only user when they hear, for instance, that there’s going to be a female Doctor? Surely they must be curious? But they can’t watch Doctor Who on iPlayer, they don’t have a licence. And God forbid if they’re going to buy the DVD, the streamer spits at the thought of the DVD. And what’s this beautifully shot clip they are suddenly watching on their timeline; a mother whale trying to protect her young calf. It’s getting hundreds of retweets, they can see the numbers increasing by the second. It must be important! This is merely a two-minute clip; how can they see more? This is Blue Planet II, they discover through the guiding light of hashtags, it’s available on iPlayer. Or each Sunday evening on the television. Which they don’t have. And hello, there’s more! A meme about a particularly squeamish celebrity in the Australian jungle. And there’s Ant and Dec live tweeting as the programme airs. Which they can’t watch. It looks fun. Everyone joining in. Maybe they should buy a television licence. It’s not actually that expensive. Companies like AerialForce, for example, offer affordable TV aerial installation services in several areas including London, Southampton, Aberdeen, Glasgow, Poole, and many more.

Despite the internet’s evil threat of taking over everything that already exists, there’s a huge space on it dedicated to television: live broadcasts, catch up, viewers talking about it, broadcasters promoting it, fans remembering programmes gone by. And whilst just over 9.3 million households subscribe to at least one on demand service, that’s still a lot less than the 25.8 million who pay their TV licence. So is it right to think the internet is going to kill it?

“How can you say television isn’t dying? Look at the ratings! What about the good old days before things were fast and everyone in the country watched Morecambe and Wise at the same time?”

Two things: Concorde was fast and they don’t have that anymore. Also, Morecambe and Wise were brilliant but if the internet existed back then, they wouldn’t have had the same viewing figures as they did. Nobody would’ve done. Then, television was the thing, the coolest invention in the living room and it wouldn’t have been so if everyone had been playing Candy Crush on Facebook. Benny Hill would not have regularly had the most watched shows on the box if Twitter had existed. In that world, he’d be blocking anyone who accused him of being sexist or racist. Ben Elton would mockingly quote tweet Benny and subsequently get thousands of retweets before Jeremy Beadle did a live stream revealing it was all an elaborate joke and reminding us that Game For A Laugh was coming back soon.

And in the end, it’s all just headlines trying to surprise us, possibly to scare us. We see reports about the number of households shunning the TV licence, we hear our ‘friend’ at work say they ‘don’t see the point’ of owning a TV because the BBC is ‘dead’ and there’s ‘nothing on’. But those kinds of things stand out because they go against the norm. Most of us have a telly.

Maybe in fifty years time there won’t be television sets anymore; change is natural and expected and it would be boring if everything stayed the same. But, for now, it doesn’t look like anything is ‘dying’. The figures show TV licences are increasing, and just because on demand service usage is increasing too doesn’t automatically mean traditional television is gone. I know this is tricky for us to get our heads around; it’s like saying you don’t have to choose between one or the other, you can have both. X Factor or Strictly? You can watch both if you like. Corrie or Eastenders? Both. And if you miss Eastenders, you don’t need to wait till 10pm to watch it on BBC3 anymore. Get it when you want on iPlayer. This is the era of abundance. And there’s nothing wrong with it.