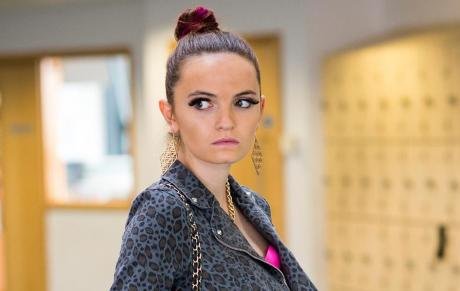 The BBC’s adaptation of The Casual Vacancy came to a disappointing end this weekend, for fans of J.K. Rowling’s original novel. While it was previously revealed that the script had been changed to include a “redemptive” ending, even this warning (and the blessing of Rowling herself) wasn’t enough to ease viewer’s disappointment.

After the first episode of the three-part drama set the scene of idyllic Pagford and the town’s troubles, we followed our pick-and-mix of flawed characters and all their dirty secrets through the next two episodes. In the final episode, Wall and Mollison went head-to-head to fill the vacancy on the Parish Council, with enough drama, underhand tactics and skewed votes to rival any election. Yet, the village politics only form a backdrop to the far more engaging tales of junkies, secrets, love affairs, and teenage antics. Some of the most entertaining critics of the series have been drawing parallels with Hot Fuzz, albeit the cries for “the greater good” are delivered through slightly subtler means.

On Sunday night, The Casual Vacancy came to an abrupt close. What was once a shockingly harsh ending in the book became a sugar-coated promise of hope for the future. Charming – but not the essence of the original tale. The finale saw 4.6 million people tuning into BBC One, two million fewer than the opening episode. While it lost fans along the way, Rowling herself seems more than pleased with the adaptation and even admits she was crying her eyes out over the new ending.

Yet, for many, the ending was confusing, empty, and pretty meaningless. What should have been a gripping conclusion was subdued by scenic shots of the countryside. The rippling river washed over the horror, leaving only bittersweet memories in its wake. As the sun shone through the trees, we were left wondering what happened to our ending.

In the novel, the harsh ending involves the death of Krystal Weedon and her little brother Robbie, as she tries to save him from drowning. In the BBC version, we were spared witness to the death of Robbie, who is miraculously saved by a bystander. Watery-eyed smiles all around, as we were left to imagine how he’s also been saved from the troubles of a junkie mother and being raised by his teenage sister. All is well and the future is bright in Pagford…

One of the stand out performances goes to actress Abigail Lawrie, with her depiction of Krystal Weedon, who remains one of my favourite characters. While I’d probably have steered clear of her on the street, she has some of the most redemptive qualities out of the whole cast of village mishaps. Granted, if the ending had maintained its original rawness, there wouldn’t have been a dry eye in the audience.

Casting aside the forcibly happy ending and resulting onslaught from fans, the BBC drama was a well-executed adaptation. The characters and village setting seem to have fallen right out of the book, and it maintained the same moral questioning that Rowling offered.

My advice – If you’re interested in The Casual Vacancy, just read the book!