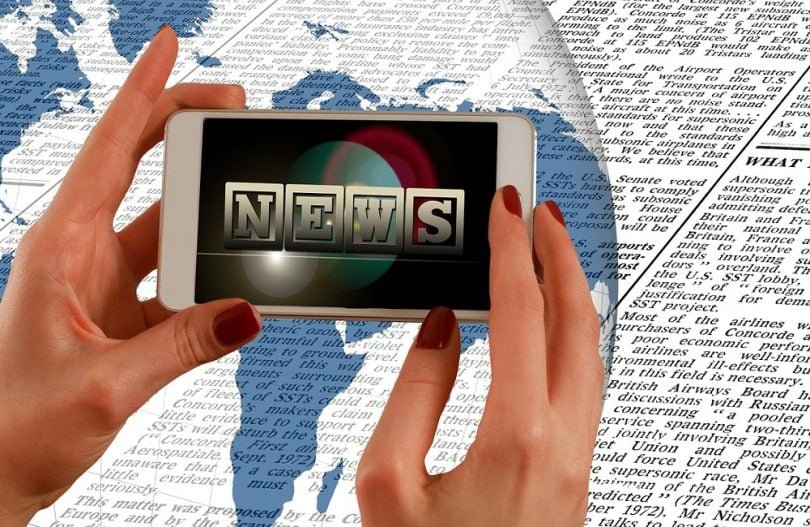 Over the last few years, social media has become an integral part of our relationship with journalism. Journalism is designed to help us to understand what is true and what isn’t. The last year has challenged that design, notably with the vote surrounding Britain’s departure from the European Union, as well as presidential elections in the United States.

At the core of a lot of the debate were emotional appeals for people to back the vote to leave the EU, and to elect the controversial real estate businessman Donald Trump as US president. Many of these appeals were on Facebook, Twitter and other social platforms, in the form of text, video, or other means, as well as in various national newspapers and other parts of media.

Along the way, web sites emerged at the top of our social feeds and circled its algorithms containing a plethora of articles that reached trending status in a matter of seconds.

There was one problem. None of the information in those articles were confirmed to be true, nor were efforts made to verify it as credible fact. The articles were done in the hope to make the case for a particular belief or cause.

Welcome to the post-truth era

Those appeals and the rise of such content were at the crux of the thinking that led the Oxford Dictionaries to name post-truth its international word of the year this past week. Along the way, it has raised questions about the role of journalism, and the goal at the centre of its profession – to help us understand the truth, in an age where anyone can be a journalist, and can curate content on any platform – anytime, anywhere.

'Post-truth' named word of the year by Oxford Dictionaries https://t.co/nIv8uRdeyC

Social media has been helpful and harmful at the same time for journalism. It has been helpful in engaging audiences and informing them in new ways about various subjects, from the politics surrounding the EU vote and its prospects in the Supreme Court, to the mansplaining hotline introduced in Sweden, and why people take offence to mansplaining.

Yet, recent events have indicated where social media has been harmful. As the focus of content shifts to purely how much attention it can get instead of public service value, it is helping to create content that is focused not on fact, but on emotional appeal, on quantity rather than quality.

Seek truth and report it

The Society of Professional Journalists in the United States, of which I am an active member, encourages journalists in its Code of Ethics to seek truth and report it. That also includes verifying the details of every fact, and having an honest relationship with those who seek information.

Journalists have an obligation to be truthful with our audience. We enter this profession not to achieve fame or fortune, but to know that the work we do, whether it is found on the front page of the Times, broadcast on the BBC, or located on a web site, can help people go through their lives.

Truth is at the core of this work, whether you’re writing on a gig Craig David gave in Ibiza, if the Spurs are at the top of the Premier League, or how Jeremy Corbyn responded to Theresa May during a debate in Parliament.

We must ask questions to find out the truth, no matter how difficult, no matter the reaction of others, and then report it. If the questions are answered, we report the answer. If one decides not to respond, we report their non-response or declining comment.

If you’re investigating a claim on social media, you don’t take it at face value. You question it by talking to the source and getting their side of the story. You counterbalance it with a response from the other side. Just because it is social media doesn’t mean the rules for journalists change – it’s simply just another platform to work with.

Impartial, accurate journalism remains essential to the development of democracy. Without journalism, our notion of truth would be significantly questioned, and the full story would be undiscovered.

Social media may have brought new audiences to journalists and news organisations, but it is up to us to bring our best to produce quality, ethically responsible reporting to these platforms. Journalism is changing, and irrespective of platforms, audiences will want the truth, and won’t wait for Facebook, Twitter and others to reign in the creators of fake news and help us emerge from the era of post-truth.

We have to do it ourselves through the only way we know how – by getting up and getting the story, not half of the story, not even three-quarters of the story, but the whole story, and doing the best we can along the way. We owe it not to ourselves, but to the people around us – be they peers, flatmates, partners, Mum, your best mate, or someone on the other side of the world.

For it is for them that we do the most important thing in journalism each and every day – seek truth and report it.