After Sergi Guardiola signed for Barcelona B from Alcorcón yesterday, he probably thought signing for the European champions was the start of something big for the 24-year-old midfielder. But after tweets posted back in October 2013 were seen by officials at the Catalan club, his contract was rescinded just seven hours after officially joining.

Sergi isn’t the only player to have posted comments about clubs later joined by the stars or near miss dealings. Here are FOUR examples of how previous comments have in some way gone on to affect footballer’s careers.

The Crystal Palace winger is in the form of his life after returning to the club he left at the start of 2013. Zaha headed for Manchester United where he failed to break into the side upon joining. He went out on loan to Cardiff City who had just been promoted to the Premier League for the first time in its history.

However the relationship with the England International and Cardiff supporters turned sour after discovering comments made about the club in 2011.  A teenage Zaha posted about the Welsh clubs legitimacy to even play in the Football League.

Zaha only managed to make ten appearances for the Bluebirds before going back to Old Trafford. He never made a great impression on the pitch and was shunned by the fans from the start. The Ivorian wide man went for a returned loan spell to Crystal Palace which was made permanent a year later. He recaptured his form and now finds himself an integral element in the attacking line-up at Selhurst Park.

Joey has never been out of the media limelight for too long having been one of the most controversial figures in the British game in recent years. Barton frequently has used Twitter as a feed for his views since 2010. From philosophical quotes, official announcements and interaction with fans and journalists, he never fails to entertain or offend certain people.

After QPR’s promotion to the Premier League in May 2014, the Midfielder took to twitter and tormented Burnley supporters in the process. Who’d have thought he’d end up wearing a Burnley shirt a year later. 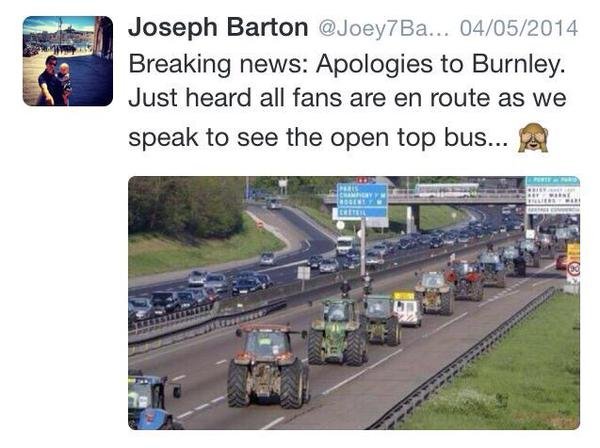 Barton is constantly treated like Marmite dependent on football team the person supports. On-field Burnley are playing well lying 5th in the Championship table with Barton maintaining a place in the side. Off it is where the problems continue after paying five-figure sums to the Blackpool owner for Defamation charges. Fans still haven’t become of Joey Barton despite good form on the pitch.

Falcao has been at times the most wanted striker in World Football. After excellent form whilst playing in Portugal, the Colombian headed across the border to Spain where he lit up the La Liga. A big money transfer followed to Monaco in 2013 thanks to the negotiating of agent Jorge Mendes. The question on everybody’s mind was where was he going to next? With a host of clubs lined up, Falcao though it was meant to be the Galacticos… 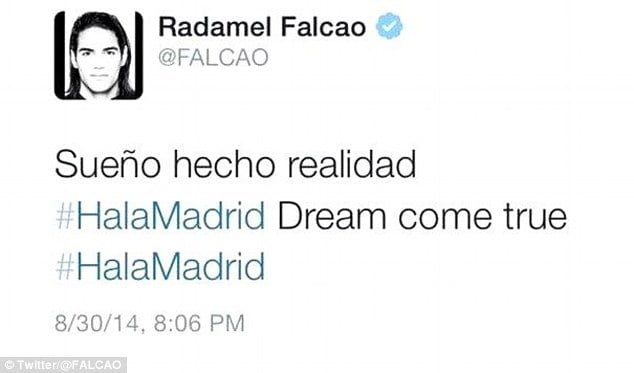 It turns out Real Madrid was not going to be the next destination for the Striker. He instead ended up on loan at Manchester United where he failed to find form and a continual supply of goals. The same has happened at Chelsea where he has failed to find form. The question still lies as to whether he would’ve had better fortunes if he had landed his move to Spain. 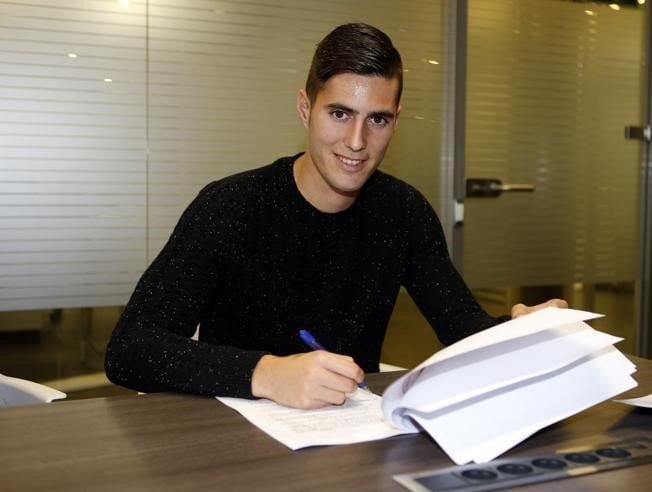 And finally we come to our latest victim of using Twitter incorrectly. Having played in the second tier of Spanish Football with Alcorcón, Guardiola was expected to have joined the Catalan B team with a chance of pushing for a regular place in the first team.

Twitter posts being pro-Madrid and prejudicing Catalonia have lead to his contract rescinded. 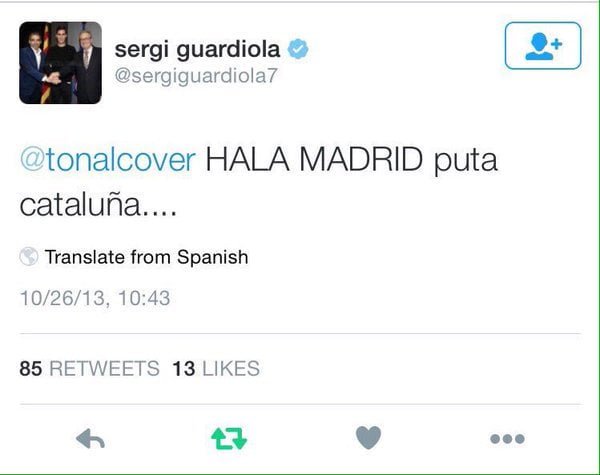 Guardiola has since released a public apology stating he has no recollection of the tweets and he didn’t know they were even there.

The following prove just how careful you have to be when posting online your own personal views. Stay safe footballers!